431 shares
This post may contain affiliate or referral links. Read more about this in our disclosure policy. 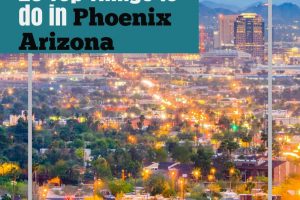 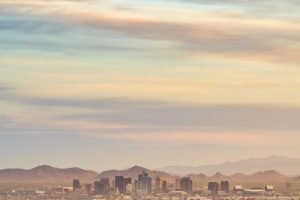 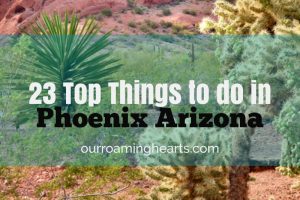 I loved visiting Arizona, there's such a difference in landscape from the east coast that I'm used to. When I was visiting I made a huge list of things to do in Phoenix and narrowed it down to these 23! Let's dig into them! 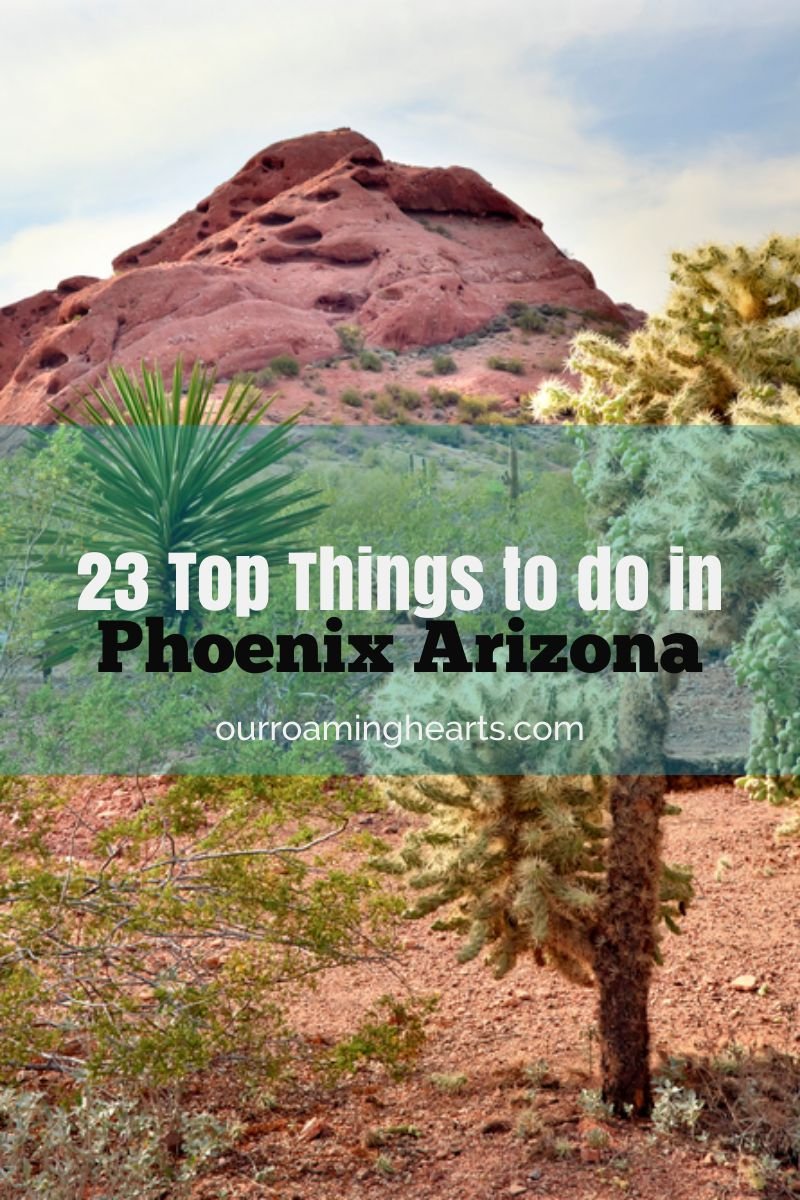 23 Top Things to do in Phoenix Arizona

No matter if you are visiting or live in the Phoenix area one of the best ways to make the most out fo your trip is with Pogo Pass.

With the Pogo Pass Phoenix, you get a year of access to some os the best places around town. I list below the places on the list that are included in the Pogo Pass.

Also when staying in the area make sure to check out Airbnb they have some of the most unique places to stay to get the full American Southwest feeling! When you sign up with my Airbnb link you get $40 free for your first trip!

Golfland Sunsplash – A water park, mini-golf, bumper cars, and arcade all in one. This is a great place for the family too cool off in the Arizona Desert. This is one of attraction on the Phoenix Pogo Pass!

Musical Instrument Museum – This museum has musical instruments from over 200 countries around the world. They have the first-ever Steinway piano that was assembled by the Steinweg family in their house in 1936. 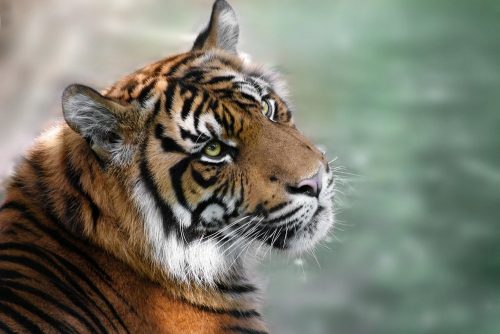 Phoenix Zoo – This is a highly rated zoo geared toward conservation. The zoo had 3 different paths you can travel down. One has local animals to the area, another has African animals.

A tropical trail and a children's trail full of smaller animals. This is one of attraction on the Phoenix Pogo Pass!

Heard Museum – This museum covers all the indigenous tribes native to Arizona. There are over 2,000 items displayed and they do many events throughout the year including the Indian Fari and Market where you can buy Native American made items.

Related: 19 Free Things to do in Phoenix Arizona

Enchanted Island – This is another family fun amusement park that has an old fair or carnival feel.  This is one of attraction on the Phoenix Pogo Pass!

Wrigley Mansion – Yes as in Wigley chewing gum. This mansion has 24 rooms and is the smallest of the home Wigley owned since it was only used a few weeks out of the year but it is still something to see. 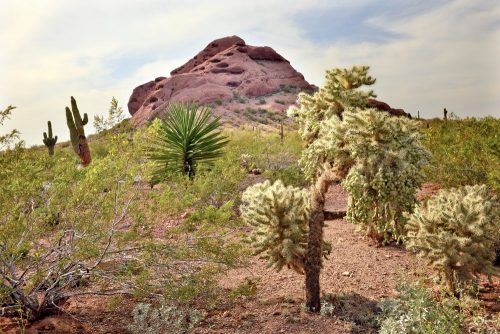 Desert Botanical Garden – This is a botanical garden with all dessert plants. 50,000 plants to be exact. They have several themed trails.

Pangaea Land of the Dinosaurs -Everything dinosaurs. It's part museum and part activity center that every dinosaur lover will have fun with!  This is one of attraction on the Phoenix Pogo Pass!

Related: Everything You Need to Know When Visiting the OK Corral Tombstone Arizona

Hall of Flame Museum of Firefighting – Years of fire fighting equipment dating all the way may to 1725. These aren't just from the USA too they come from Germany, England and more.

Idea Museum -An interactive art museum for kids. It's a very hands-on place for kids.  This is one of attraction on the Phoenix Pogo Pass! 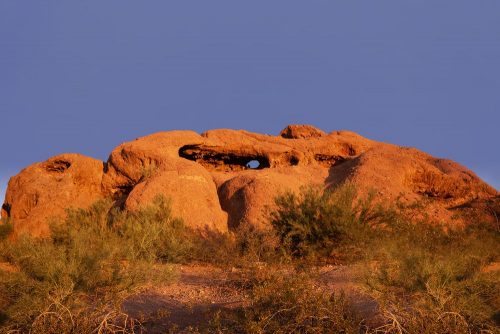 Hole in the Rock – This is a natural wonder not too far from the Desert Botanical Gardens. Everyone says the lighting at sunset is amazing and it has some good views of downtown Pheonix.

International Wildlife Museum – This museum is dedicated to increasing the knowledge of wildlife.  This is one of attraction on the Phoenix Pogo Pass!

The Rosson House Museum – This house was built in 1895 for  Dr. Roland Rosson. You can now take in the house and a lot of Phoenix history.

Castles N' Coasters – This is a family fun amusement park that Bill and Ted’s Excellent Adventure was filmed in 1989. They also have arcade games, Go-karts, mini-golf and more. 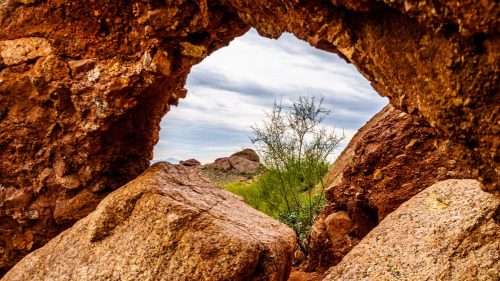 Papago Park – This is a 1,500-acre desert landscape park with a golf course, hiking trails, picnic areas, and more. There is also Hunt’s Tomb. This is a pyramid built by Arizona’s first governor, George W.P. Hunt.

Wells Fargo Museum – See Wells and Fargo's history in the state including a 19th-century stagecoach and items the coaches had carried including gold. There is also information on how the area was settled too.

Arizona Museum of Natural History – My son loves Dinosaurs so any chance we get to visit a natural history museum we jump at it. This building used to be the old Mesa City Hall so the building is great to see.

The Dinosaur hall not only features great bones but a 3 story waterfall. They also have exhibits on a lot of the local Native American Culture.

Pueblo Grande Museum and Cultural Park – Pueblo Grande is a network of irrigation canals, a platform mound and the remnants of ballcourts. There are an intuitive trail and museums to take in here as well. 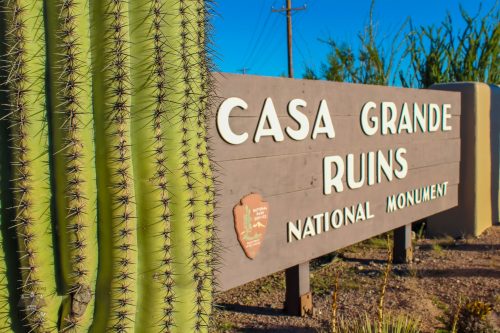 Casa Grande Ruins National Monument – These walls surround what is to believed to be a farming compound from back in 1350. The ruins are now covered to protect it from the elements but the path up has lots of information on the grounds.

SEA LIFE Centre Arizona – This aquarium holds sharks, rays, turtles, seahorses, and more. They have a touch pool and many life feedings.

Arizona Science Center – Dorrance Planetarium is located here and they have galleries on natural disasters like hurricanes and tornadoes. 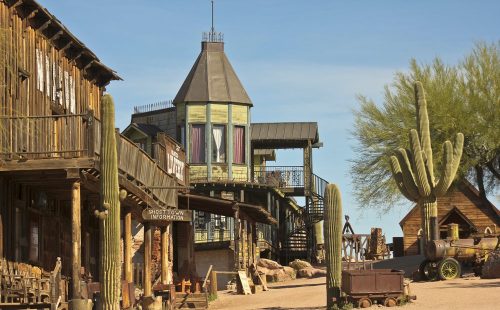 Goldfield Ghost Town – A good old fashion ghost town. This one is really well maintained. The town was established in 1893 when gold was discovered in the surrounding Superstition Mountains.

Arizona Capitol Museum – The oldest parts of the Capitol Building are now a museum. You can also learn about the sinking of the USS Arizona in Pearl Harbor here too.

What is on your list of things to do in Phoenix?