4.0K shares
This post may contain affiliate or referral links. Read more about this in our disclosure policy.

I love being able to take in history right where it happened. We all know of the Salem Witch Trials that took place back in 1692. Taking advantage of this history means there are so many things to do in Salem MA. You can learn the history of the witch trials from museums, and even live reenactments. Learn about Salem in it’s seaport time and the pirates that visited the town! 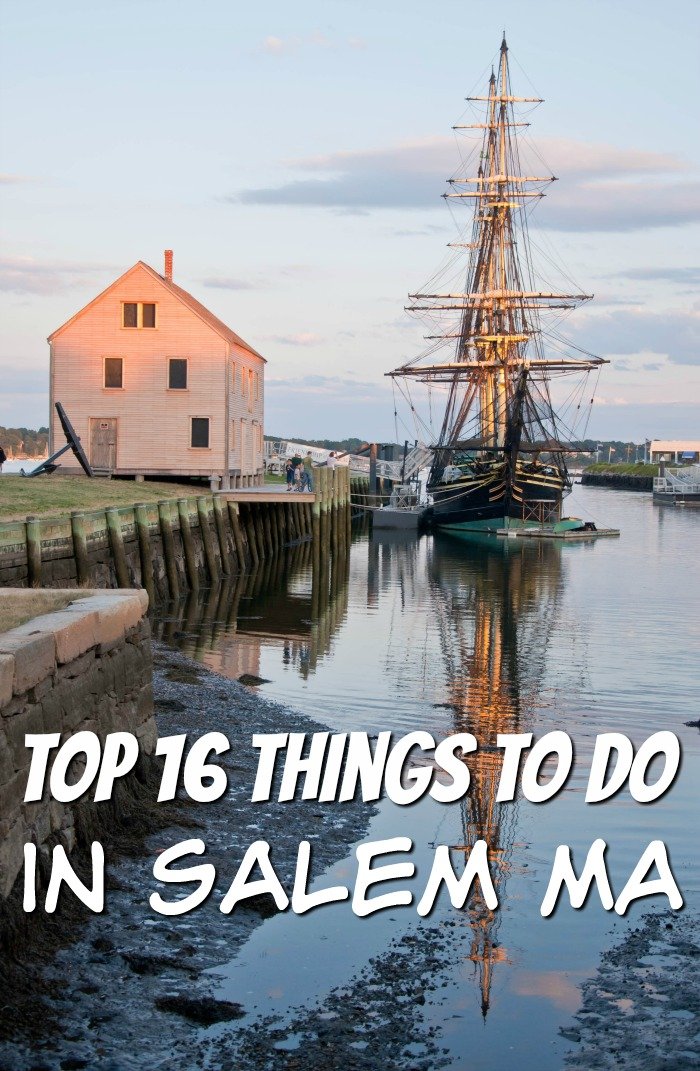 If you are looking for the best deals on a place to stay make sure you look for places to stay on Airbnb. You can also get a free $40 Airbnb credit when you sign up for a free account via my link.

Also, make sure to check out our travel deals page for any deals or sales on your next trip no matter where it is!

Did you know the Salem Witch Trials were all the result of one man?

In January of 1692, the daughter and niece of Reverend Samuel Parris of Salem Village became ill. When they failed to improve, the village doctor, William Griggs, was called in. His diagnosis of bewitchment put into motion the forces that would ultimately result in the death by hanging of nineteen men and women. In addition, one man was crushed to death; seven others died in prison, and the lives of many were irrevocably changed. – Via The Salem Witch Museum

When the two women didn’t improve the children in the town started copying them, and we all know how children can let their imaginations go. Well, the townspeople believed them.

Some children would bark like a dog, others would throw themselves on the floor and have fits. One child tried to crawl into the fireplace. Another child said the Devil was after her. The adults now believed that the Devil had come to their little village.

The trials lasted for thirteen months. One hundred and fifty-six people were accused. Nineteen were hanged. One man was pressed to death. Two dogs were hanged because the children said they gave them the “evil eye”. – The Witch Dungeon Museum

Now on to some of the best things to do in Salem MA!

Salem Maritime National Historic Site – The National Park Sites are the first one we hit in an area. There is so much history! Not only can you visit the Visitor Center and take in the free museum and the kids can earn their Junior Ranger Badges, but you can also tour the Friendship ship in the harbor and the customs house.

Salem Trolley – This was one of my favorite Things to do in Salem MA. I think this is one of the best ways to take in Salem. You get to hear the history and the stories the locals know. You can see downtown, the area by the water, and all the historic houses. Plus you can get on and off all day, so it’s a great way park and see the town.

Salem Willows Park – This park is right on the water and more than just a park! They have amusements rides and food, and it’s a great place to take in a nice day!

Related: 15 Bewitching Free Things to do in Salem MA

Witch Trials Memorial – Located right off the graveyard downtown is the memorials for the Salem ‘Witches’ that were killed. This is not where they were hung (or pulled apart), but this is where the town has set aside a beautiful spot to remember them and learn some of the history.

Salem Common – This park has been in use since as early 1685, but maybe in the way, it is now. Back then they practiced shooting and military drills here. In 1714 the city voted to keep it a training field forever. In the early 1800s, the common started to make its turn toward a park. After the huge fire that tore through town 1914, the town set up in tents and camped on the commons, and their homes and businesses were rebuilt. Today it is used for many of the town’s events.

The House of Seven Gables – See the house that inspired the book by Nathaniel Hawthorne. From secret staircases to the history there is so much to see plus it’s right on the water. The house where Nathaniel Hawthorne was born was moved to the property as well.

Witch Dungeon Museum – Transport back to 1692 and watch the trails take place using actual transcripts from the trails. The actors and actresses put on a great show daily.

New England Pirate Museum – Salem doesn’t just have a history of witches! Captain Kidd and Captain Blackbeard roamed the waters outside Salem and the streets of Salem! These pirates and many others spent their summers up the New England coast. They buried treasure on many of the islands that dot the coast, and many believe the treasures are still there! Learn their history and the best part? For us Roadschoolers curriculum packets are available.

Witch History Museum – Follow the history of the trails along with 15 life-size scenes that show you the events leading up to the deaths of the Salem ‘Witches’.

Pioneer Villiage – Located just outside the main town area this village was built in 1930 to depict the life of Salem in 1630. It was also the first living history museum in the country. The village covers 3 acres and has all sorts of buildings to explore and dive into life during the Witch Trail time era.

Pickering Wharf – Built right on the water next to the marina where the Friendship Ship is located this is a perfect place to take in the sunshine! Labeled as a harbor side village, there are restaurants, shops, and even a waterfront hotel.

Peabody Essex Museum – The architecture of this building alone is worth the visit, but with Salem being a booming seaport since back in the time if the Salem Witch Trials. This means many ships brought back items that they traded for or that were gifted to them and many of those items are artifacts in this museum.

The Witch House – This house is the home of the Salem Witch Trials judge, Judge Johnathan Corwin. He bought this house is 1675, and it is one of the few that survived the large fire in 1914. Here you can also view some of the actual documents that the University of Virginia has made available via digital format.

What are some of your favorite things to do in Salem MA?

If you are visiting New England here are a few more things to take in!

The Top 10 Things to Do in Boston

Top 20 Things to Do in Cape Cod Massachusetts