In school, we learned about the Battle of Little Bighorn, Custer’s last stand. This is the battle where the 7th Calvery went up again many tribes of Native American’s just outside what is now Billings Montana. This is also where Custer met his death. The battlefield is set on the Crow Reservation and there is so much history here that the Little Bighorn Battlefield is a must-see! 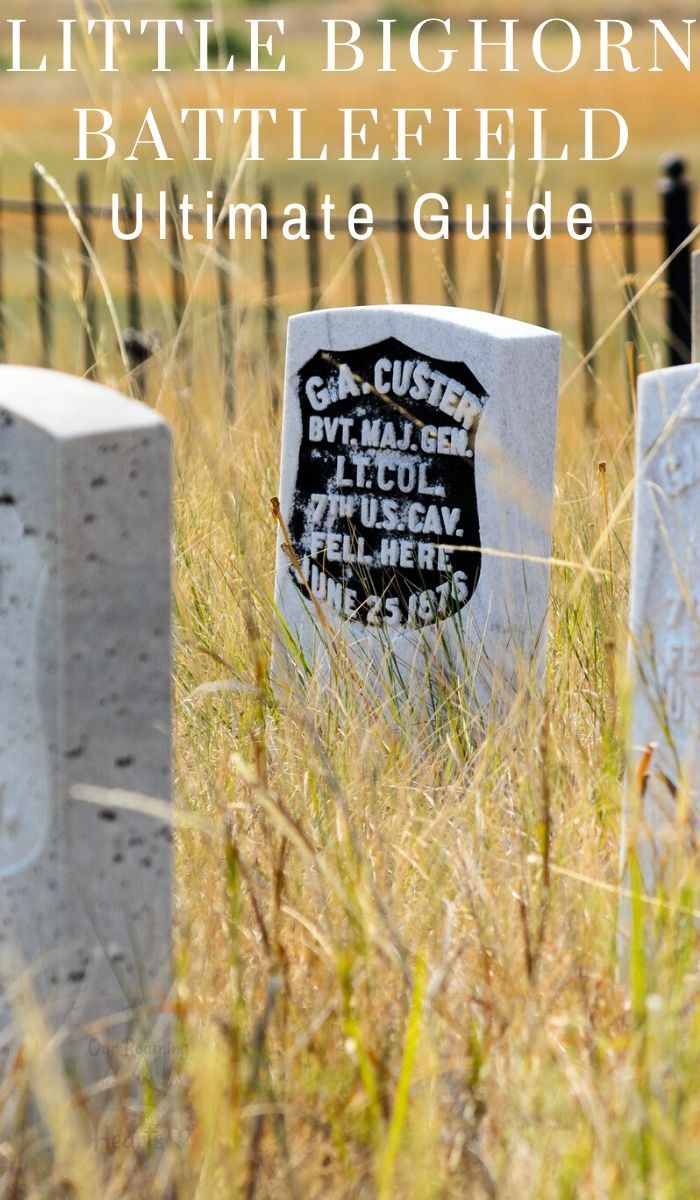 The Battle of Little Bighorn, also known as Custer’s Last Stand, was fought on June 25th-26th 1876, between the US Army’s 7th Cavalry and the Lakotas and Cheyennes tribes. Legendary warriors such as Sitting Bull, Crazy Horse, and Lieutenant Colonel George Custer fought in this battle. It was the most monumental and decisive victory for the Sioux during the Campaign of 1876.

Related: Where Custer Fell: Photographs of the Little Bighorn Battlefield Then and Now

Today the battlefield is preserved as a National Monument, honoring those that fought and died in this bloody skirmish. Here’s a closer look at the Battlefield of Little Bighorn.

This also means your kids can get a National Park Junior Ranger Badge here. Ask at the visitor center for their book and what they need to do to complete it. 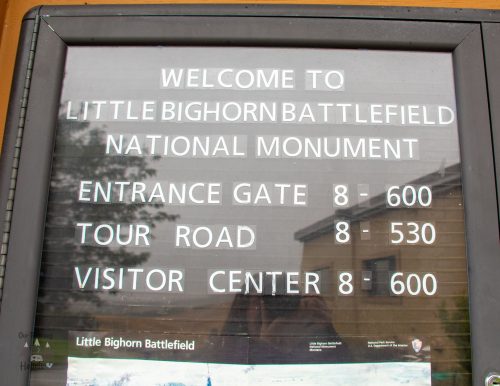 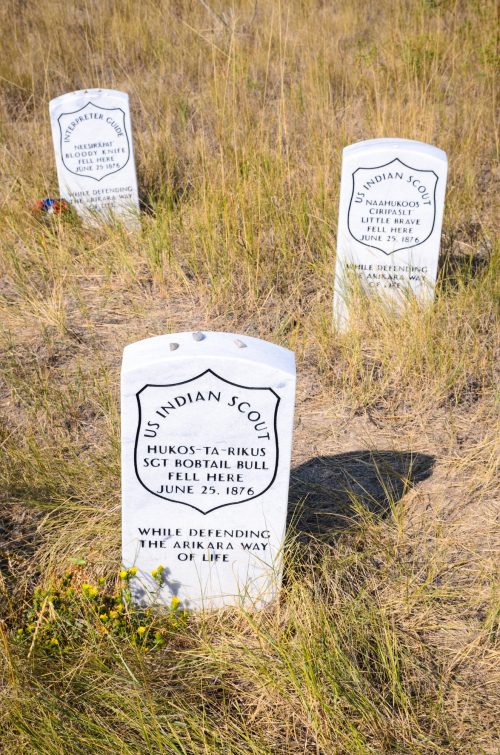 Over 4,000 men and women fought and died in this battle. To honor them, there are thousands of white tombstones, of Custar’s men, scattered all throughout the monument where you can pay your respects right where these men fell. These include the Native Americans who were working with Custer. 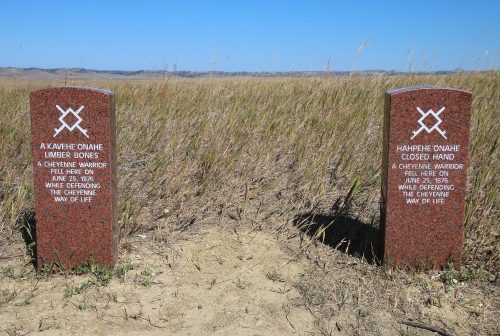 You can also find red marble markers for the Native Americans that died fighting against Custer and his men. Several tribes united together and are recognized here.

Walking out and seeing the red and white marks scattering the land is a very somber experience but one everyone should take. You can see the way the land moves and how the Native Americans used it to their advantage. 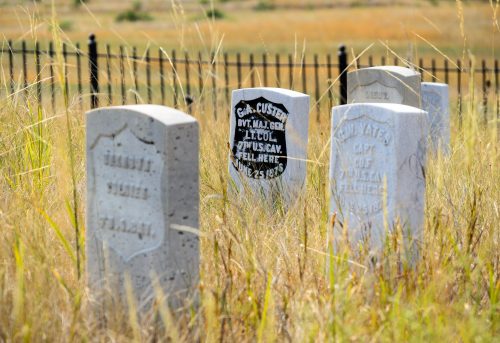 This is the site where Custer and his men came to their tragic demise. Many of Custer’s men are buried here, while his remains were later moved to the state of New York the marker where he fell is here and is the only white marker with a black face too it making it easier to spot.

Just down the hill is the visitor center so this is an easy location to visit if you don’t plan to drive the whole battlefield (which I suggest you do!) 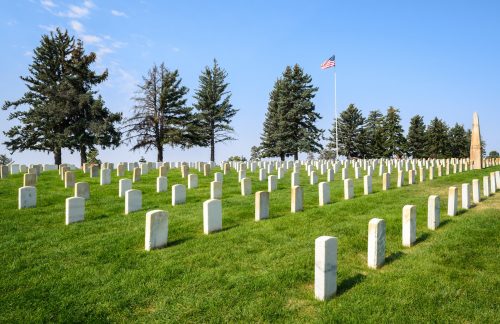 Also located in the monument is Custer National Cemetery, where hundreds of soldiers were buried during other wars and campaigns. This is a National Cemetery and not one strictly for the Litte Bighorn battle. 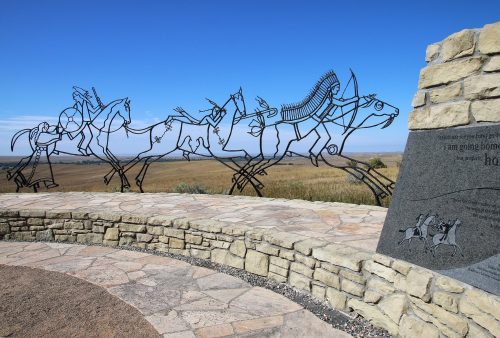 Until recent years, there were no markers or memorials in remembrance of the Sioux people. This Indian memorial honors the Native American men and women that fought and died at Little Bighorn. 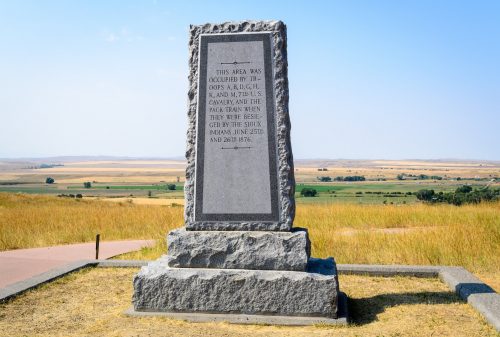 This stone monolith was revealed in 1881, dedicating the 263 soldiers that fell during the battle.

Related: Top Things to do in Billings MT 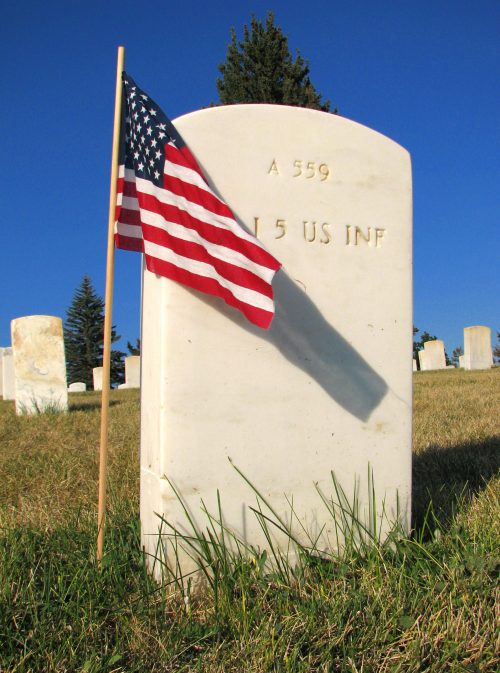 Try and plan your visit around the Little Bighorn BattleField Reenactments that take place each year, right around the dates of the original battle. This will give you a visual presentation on what actually took place at Little Bighorn. 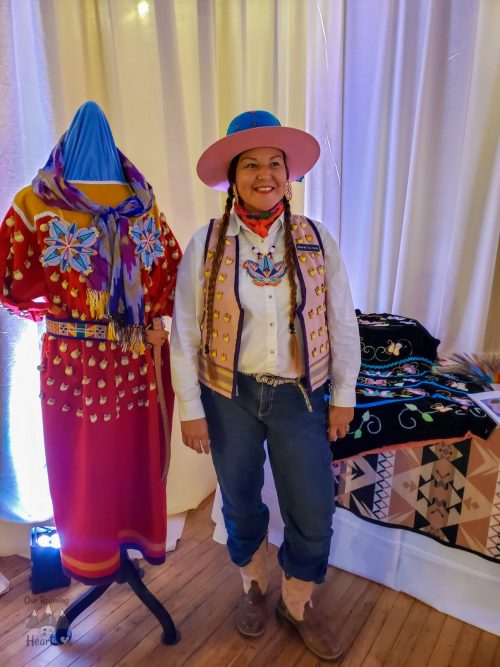 There are many tours available on the battlefield. While I was there my group got a tour from a park ranger who is a Crow Native American. The battlefield sits on crown land and he is able to tell the history from both sides.

While I was in the Billings area I met Rose. She runs Indian Battle Tours and she is a Crow Native American tour guide. She is passionate about history and will get in your vehicle and ride the battlefield with you telling the story of the battle and the Native American history you won’t find in your school history books.

She is an amazing storyteller and knows so much about the history of the area I love talking with her. Her picture above is with a traditional wedding dress her of her people she shares so much history of the Native American’s in the area. 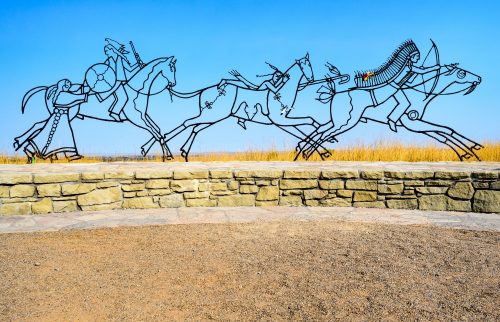 Plan a Meal Before you Visit

This was a brief guide to the Little Bighorn Battlefield. Do you plan on visiting this site in the future?

Latest posts by Danielle (see all)