465 shares
This post may contain affiliate or referral links. Read more about this in our disclosure policy. 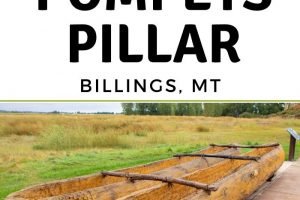 If you are looking for one of the few pieces of physical evidence of the Lewis and Clark expedition then you need to visit Pompeys Pillar National Monument in Billings Montana. William Clark left his signature etched into this rock he named for Sacagawea’s son. There is a whole visitor center with info on the expedition and the area too. 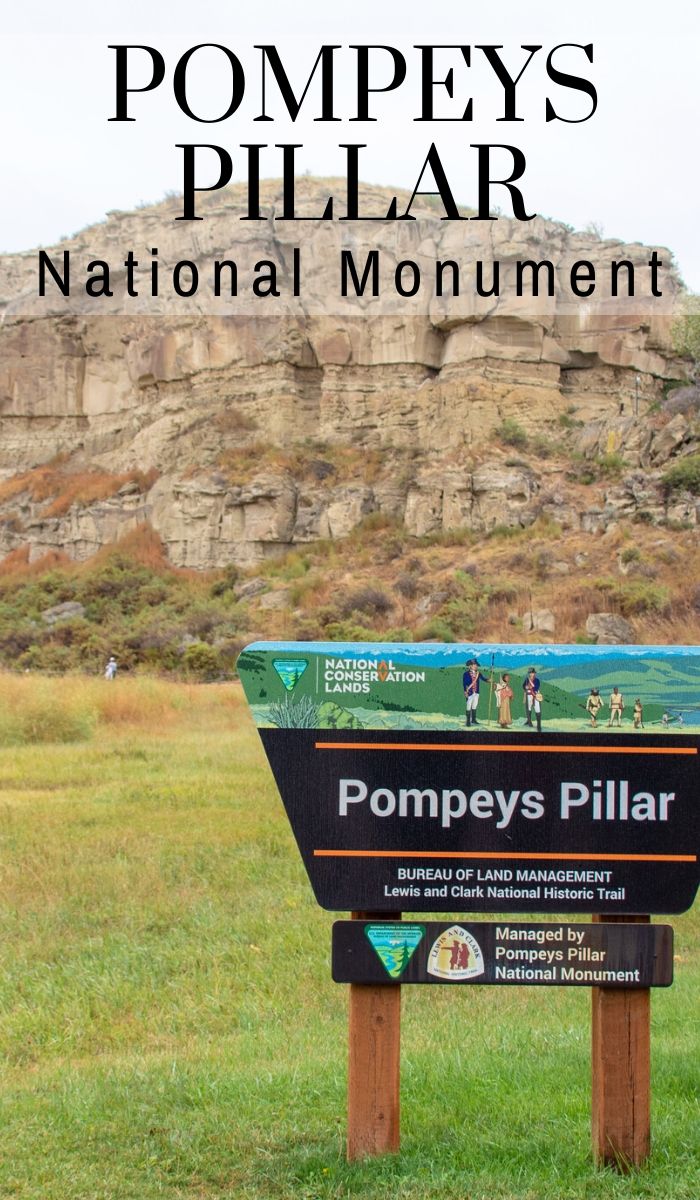 Many of us grew up learning about the William and Clark expedition, an 8,000-mile journey two brave men took, to explore uncharted territories west of the Mississippi, after the Louisiana Purchase. 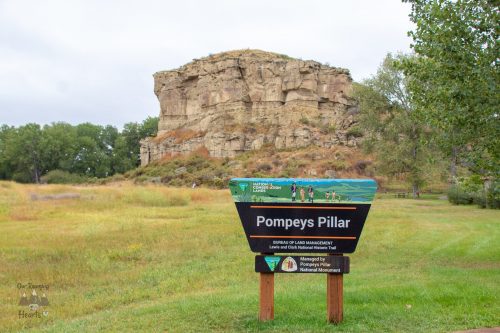 They dealt with treacherous terrain, starvation, disease, hostile and friendly Native Americans over a two-year stretch. Throughout their entire journey, no physical evidence had been left, to show for their presence in this land. That is, except one. 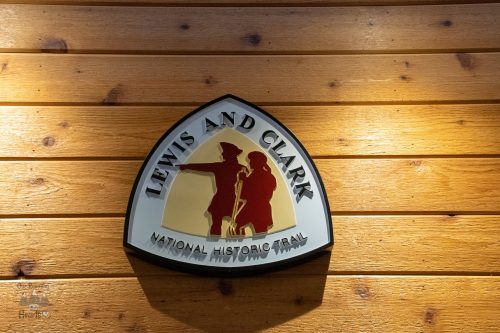 Pompey's Pillar is a jutting rock bluff formation, located about 30 miles east of Billings, Montana, that rises easily over 150 feet above the Yellowstone River.  While Pompey's Pillar is one of the smallest of national monuments that rests on only 51 acres of land, it holds huge historical significance.

Related: Staycation Ideas –  Things to do in Billings MT 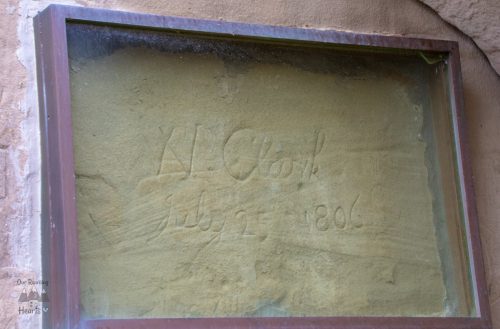 William Clark carved his signature with the date that read, July 25th, 1806. Not only did he etch his name into a future national monument, but he also recorded it in his journal. 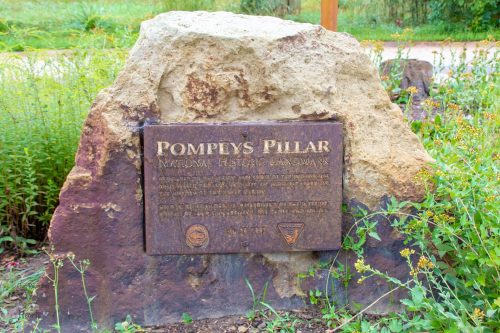 William Clark originally named the spot “Pompy’s Tower” after their guide’s Sacagawea’s son, who was nicknamed Pompey. Clark took a liking to the child and called him “little Pomp.” However, when the book was written on the expedition, the author or editor, changed the name to Pompeys Pillar in 1814. 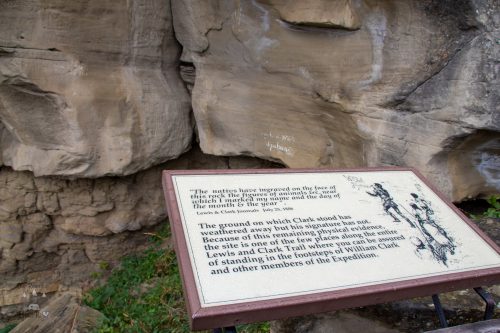 William Clark’s signature is not the only markings you will find on this rock pillar. There’s other artwork and petroglyphs from Native Americans and markings from earlier explorers, fur trappers, US Cavalry and early pioneers. You can see these markings shaded in red on the rock. 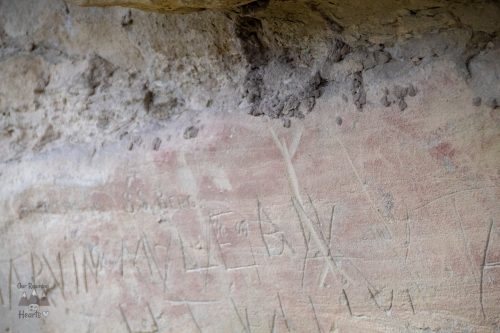 Many historians claim there is archaeological evidence of the human presence in the area for over 11,000 years. The area predominantly used for camping, hunting, and a rendezvous point. Today, the site is managed by the U.S. Bureau of Land Management and is a part of the National Conservation Lands. 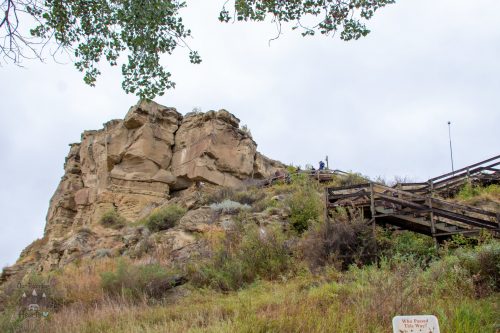 You can visit Pompey's Pillar from April through October, with an admission fee of $7 per carload. The walk along the boardwalk to the monument is right around ¾ of a mile and has vaulted toilets for their facility. The boardwalk is wheelchair friendly and pet-friendly at the base of the pillar. 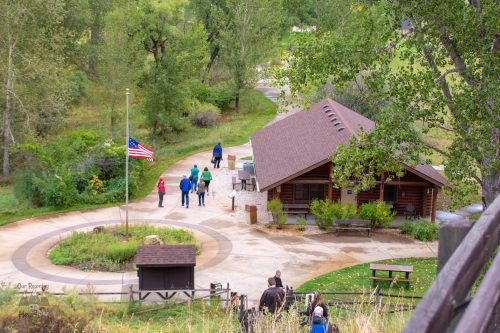 The views from the top of the boardwalk are pretty amazing too. The Yellowstone River isn't too far away and there are some train tracks as well that you might be able to catch a train coming down. 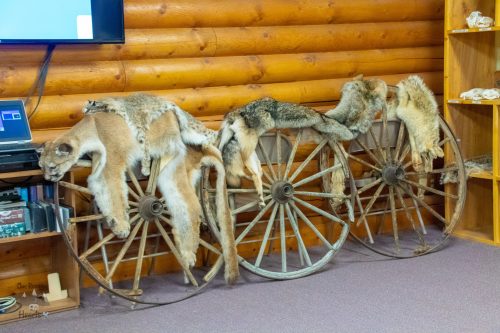 Outside the visitor center is a Wildlife building where you can learn a bit about local wildlife and even see some dinosaur bones. 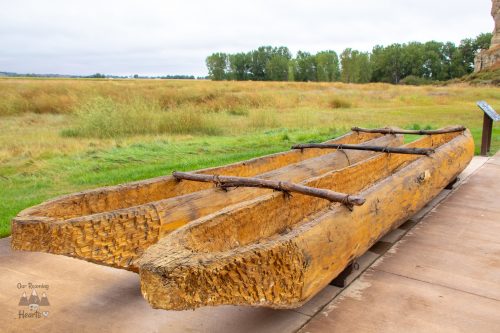 Also outside the visitor center are these recreated canoes Lewis and Clark would have crated to travel down the Yellowstone River. They are carved from tree trunks. 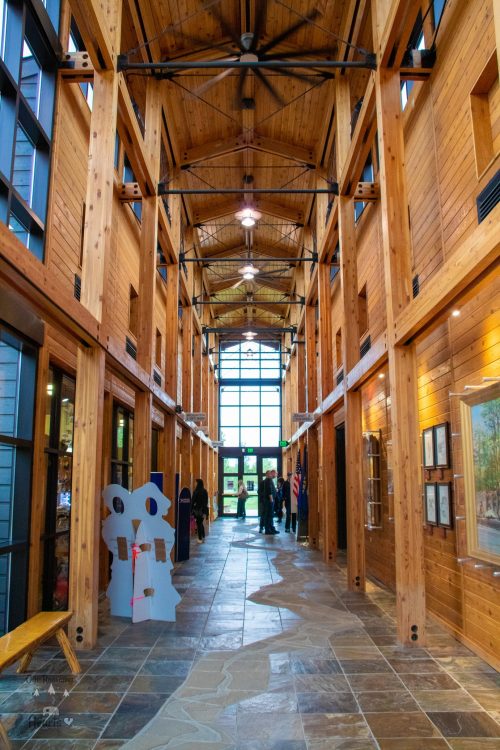 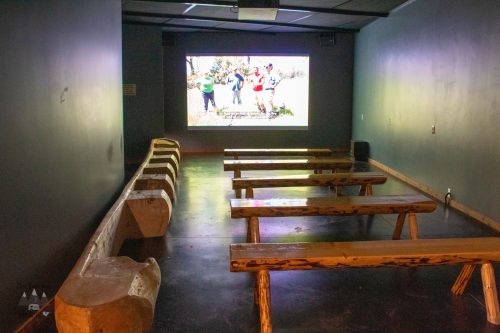 This visitor center had a movie with this history of the site. One of the unique parts of this small movie theater is this seating along the left side. It's in the shape of the canoe Lewis and Clark would have taken down the river.

Related: Fun Things to do on Vacation in Every State in America 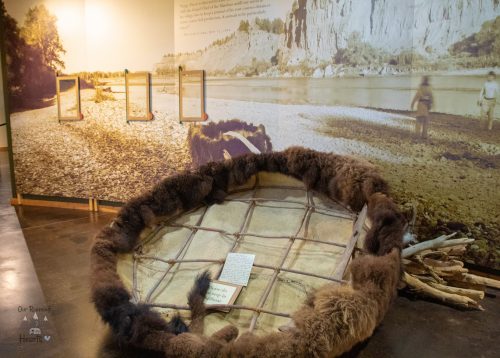 Also in this visitor center is a museum with lots of information on Pompey's Pillar and Lewis and Clark journey as well. They have lots of replicas of rafts and boats that would have been used and a lot of history on the other people and Native American's involved. 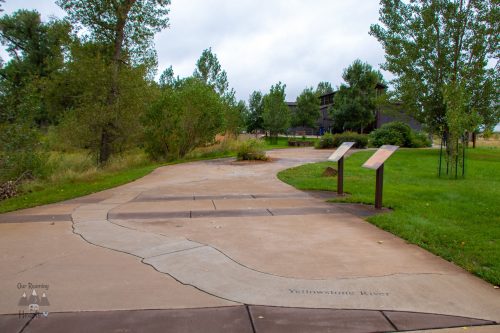 Being able to witness physical evidence carved into stone by a historical figure is pretty amazing, to say the least. If you happen to be in the Billings area of Montana in the future, this is one historical site that you can’t pass up. If you’ve been to Pompeys Pillar before, tell us about your thoughts.