220 shares
This post may contain affiliate or referral links. Read more about this in our disclosure policy. 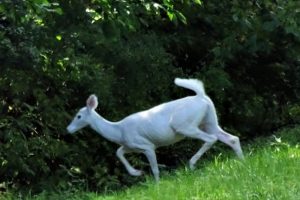 If you’ve never seen a white deer, you’re missing out! I was able to tour Seneca White Deer Park at the Seneca Army Depot, which has quite an amazing story. All this started in 1941 when this location was better known as the Seneca Army Depot. During this time period, there were no hunters or predators around to hurt the deer. With this reality, the white deer herd has grown. There are around 800 deer in the depot fence, but only around 200 of those are white deer! Deer Haven Park has to remain protected in order for these white deer to remain protected! 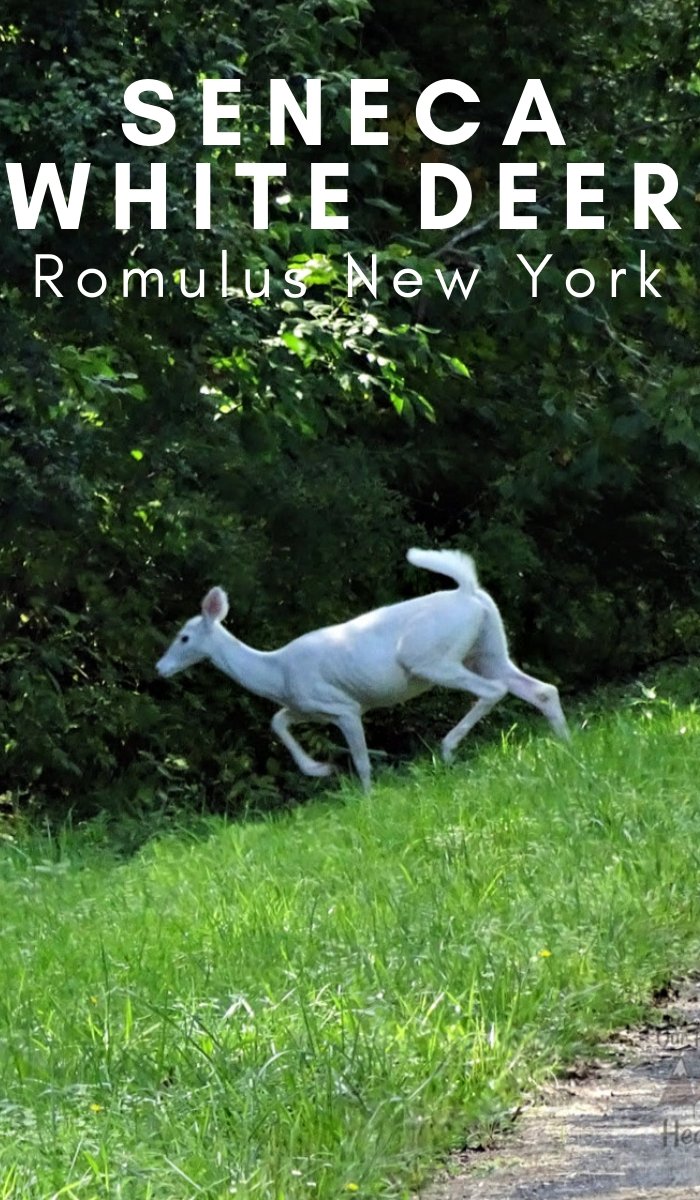 Not too far from Seneca Falls, New York is the Seneca Army Depot, home to the Seneca White Deer. 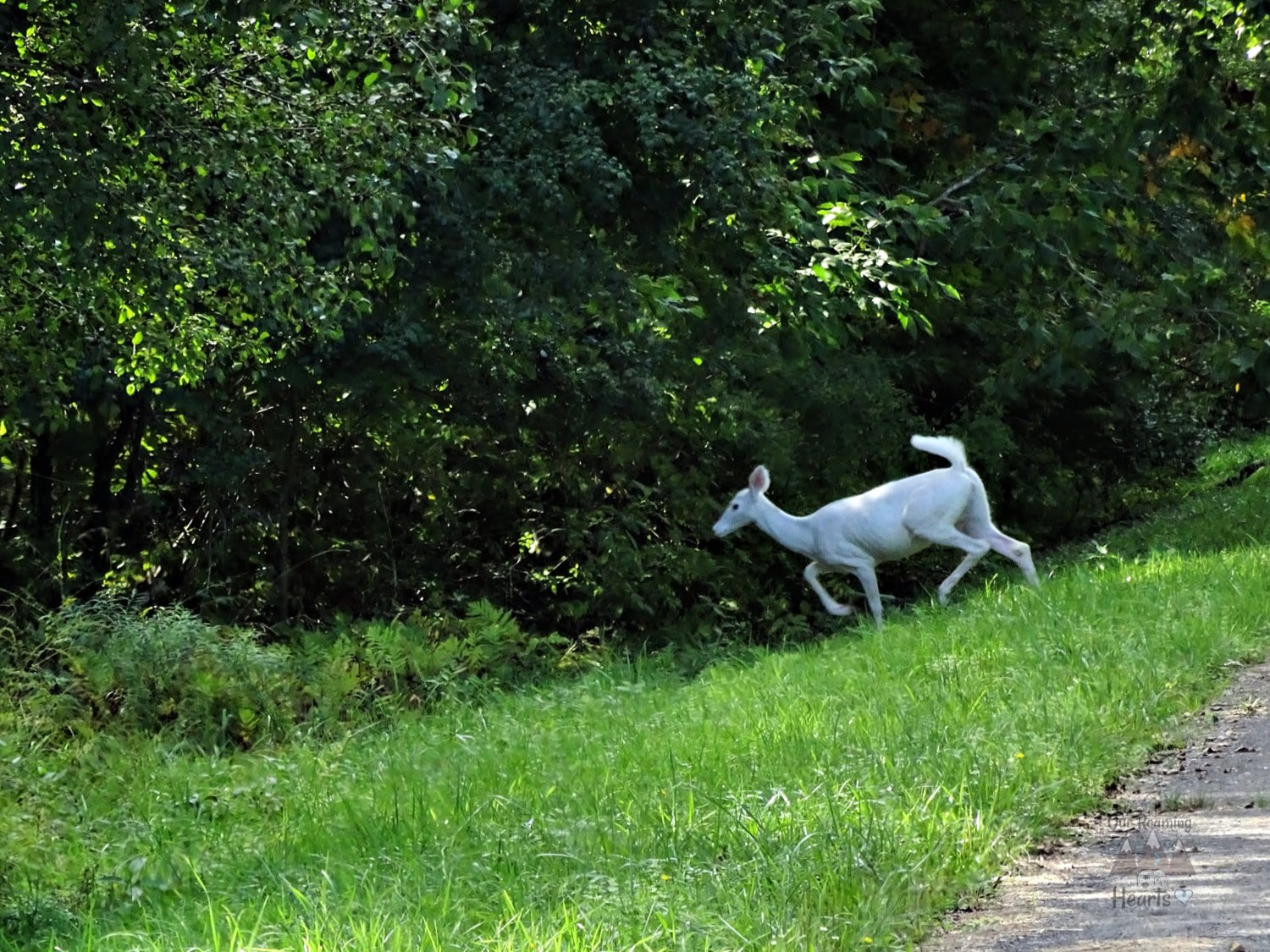 I didn’t know this before, but Native Americans have a lot of respect for the white deer. These deer are often referred to as ghost deer! The Lenape Indians have a wonderful prophecy of these deer and it translates to people coming together because of the white deer. “It has long been predicted that there would come a time when a white male and female deer would be seen together and that this would be a sign to the people to come together.”

Now, these are not albino deer. I learned on the tour that the albino deer have red eyes and they can not reproduce. They are true white deer with brown eyes and since there are brown deer in the park as well they can mate with white or brown deer and they do!

We were there for about 2 hours and saw 2 deer and the picture above is the best one I could get just as he was running off. They say it's best to go around 4-5 when they are out eating you get a better chance at seeing them. 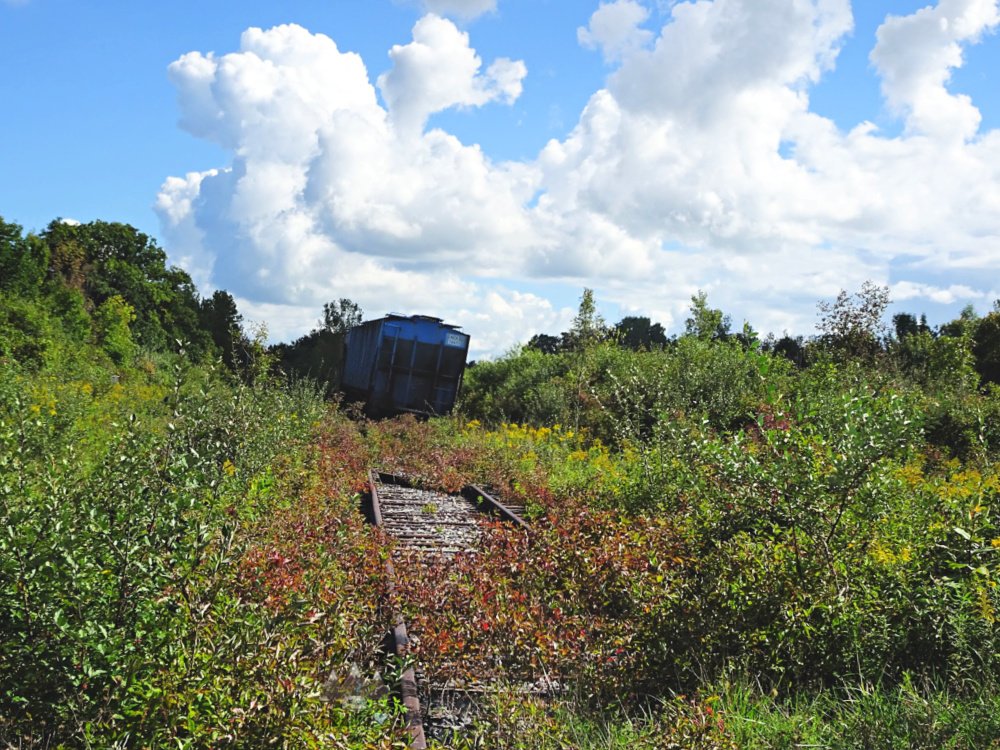 If you’re going to see the white deer in action, you might as well take a bus tour! These tour buses are luxurious, seriously! We’re talking a 90 seat tour on a very comfortable air-conditioned bus that seats 25! So, your tour is not crowded and you have plenty of time to see everything. While there isn’t a lot of walking touring going on on this bus, you’re allowed to unload and visit one of the storage bunkers. After being closed for 70 years, the public can finally get a close view of the white deer and 60 years of secret weapon storage. Everything is right where they left it so it's neat to see. 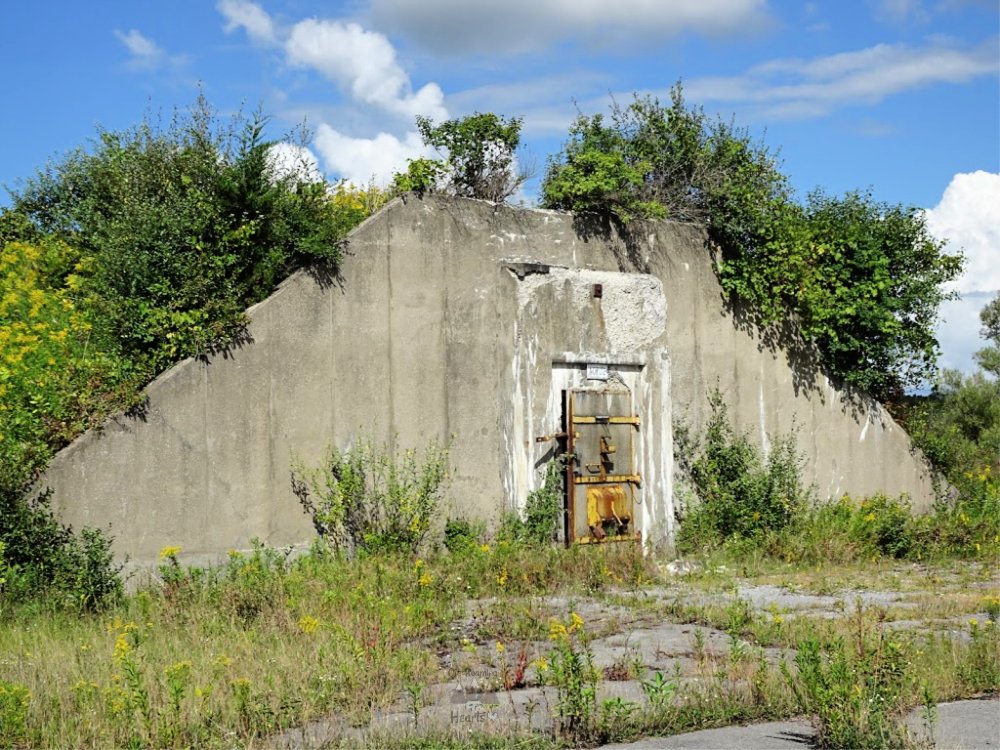 You can learn a lot of the Seneca Army Depot history on this tour as well. They have 519 bomb storage igloos on the property. After the Koren War in the 1950s, there was a bit of a lull on the depot before the cold war. During the Cold War time, they were very paranoid about spies. Because if this there are also many bombs shelters scattered among the property as well.

Related: The Abbey of the Genesee – Trappists Monks & Monk Bread

While the property is now under private ownership the history of the area is being kept. 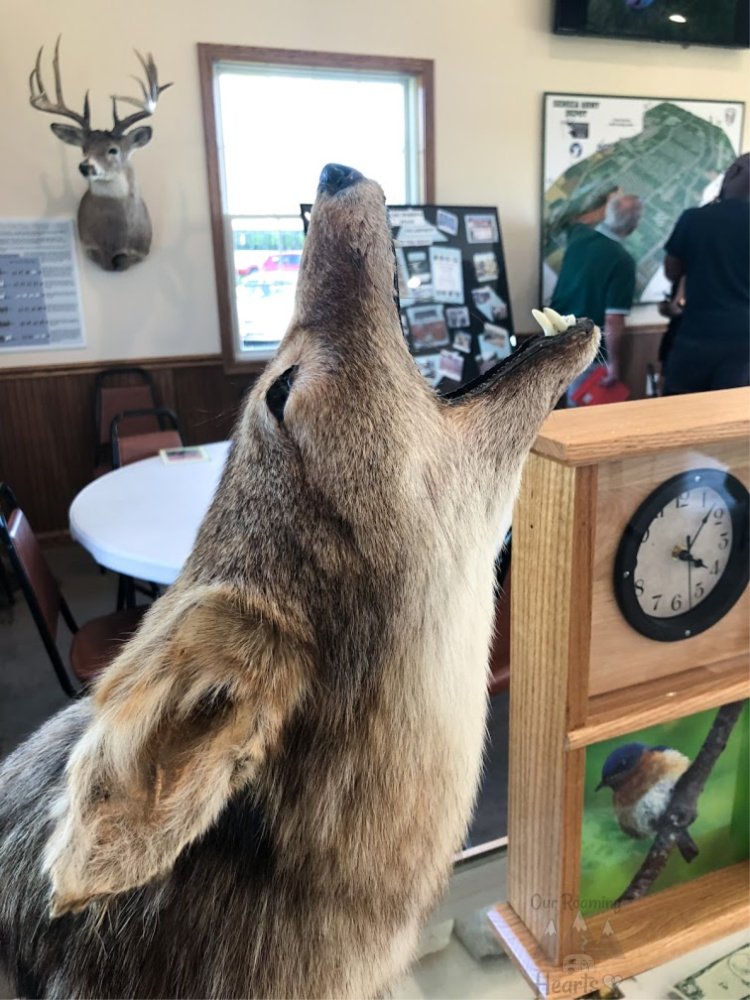 They have a building upfront where you meet for your tours that has some great info on the grounds. Everything from old newspaper clippings to info on the animals in the park.

They have hands-on exhibits of antlers found and even a video playing. The staff is super friendly in answering questions and telling stories of the property. 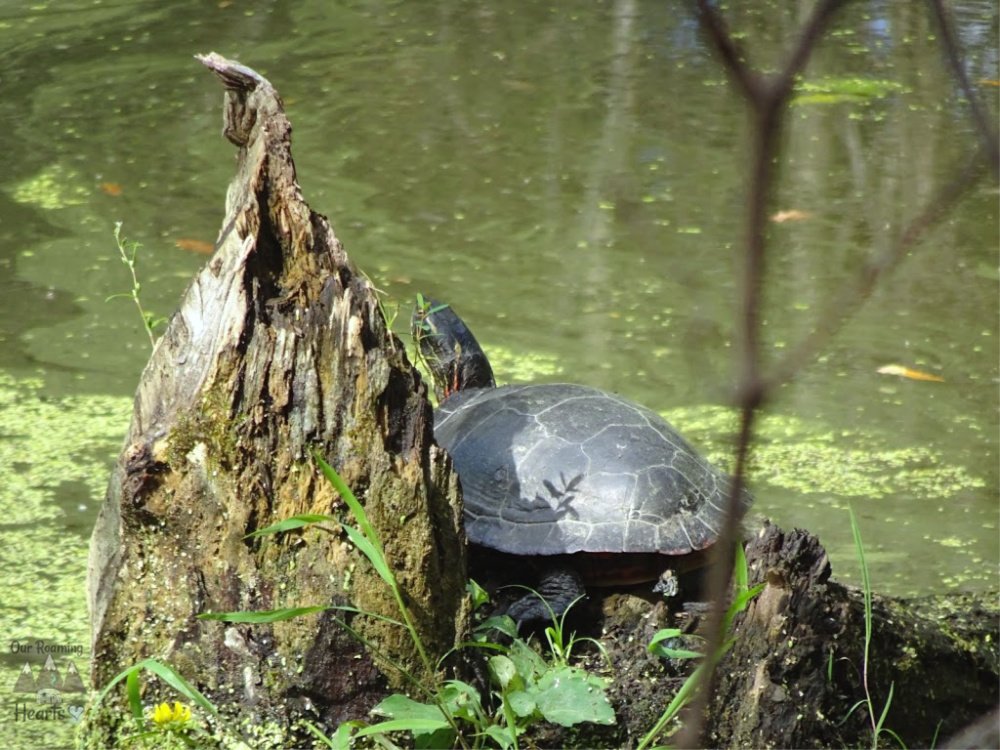 On our tour of Seneca White Deer Park, we were able to see the white deer. We also saw brown deer, painted turtles, eagles, turkeys, and hawks! I don’t think I’ve ever seen so much wildlife out in the open! I loved touring it and would highly recommend it. Seeing the white deer is something I can’t explain, but it’s spectacular.

What made it even cooler, while seeing the white deer, is knowing that you can’t get this experience anywhere else in the world. This is protected land, so you know these deer are living their best life! 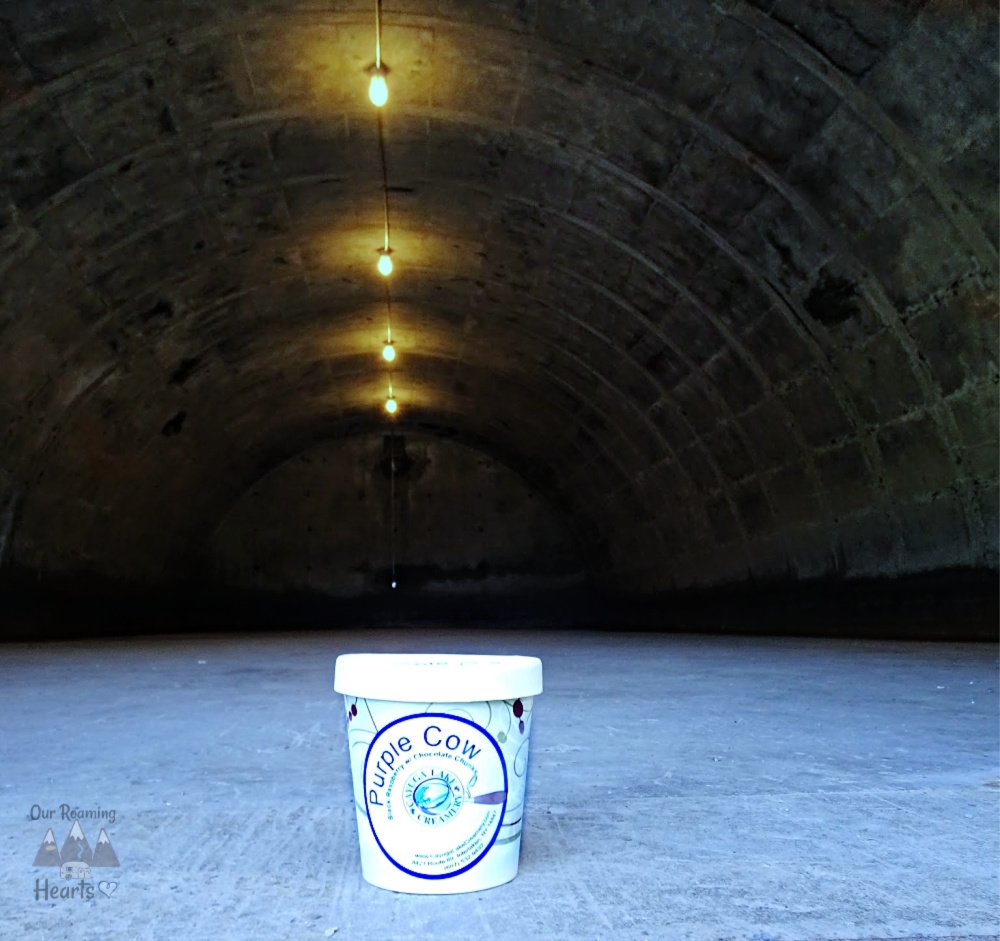 While visiting we got a special treat from the Cayuga Lake Creamery. We got several flavors to try out on our tour (this is not the norm for a tour!) but the above Purple Cow flavor which is Raspberry and Chocolate Chunks was my favorite! Their ice cream is all handmade and super yummy!

Related: 18 Free Things to do in Niagara Falls New York

The picture below is of our tour guide (on the left) me (in the middle) and Susan from She's on the Go and we are taking a look at all the yummy flavors! This picture was taken by Kerwin of Pass Rider. 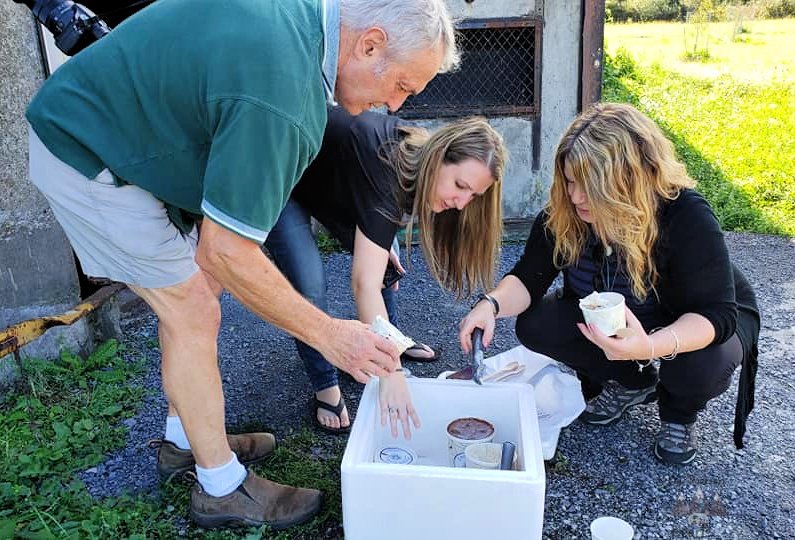 Something that intrigued me, while visiting this area is Kendaia Cemetery. Those who have family in this cemetery are only allowed access once a year. This site has been home to quite a few military moments in history.