7 shares
This post may contain affiliate or referral links. Read more about this in our disclosure policy.

One way we like to save money on local attractions is with Groupon. I have their app on my phone, and when we are in an area, I use the near me search. Many times we can score a buy one get one free admission for hubby and me, and then they let the kids in free. This time in Savannah we score buy one get one free admission (sold as 50% off for 2 people) on the Harper Fowlkes House and the Davenport House. We thought we would take the day and see both, so we parked in between both of them which happened to be near the Colonial Park Cemetary, so we checked that out too since it's free! We spend a whole day downtown for $20! 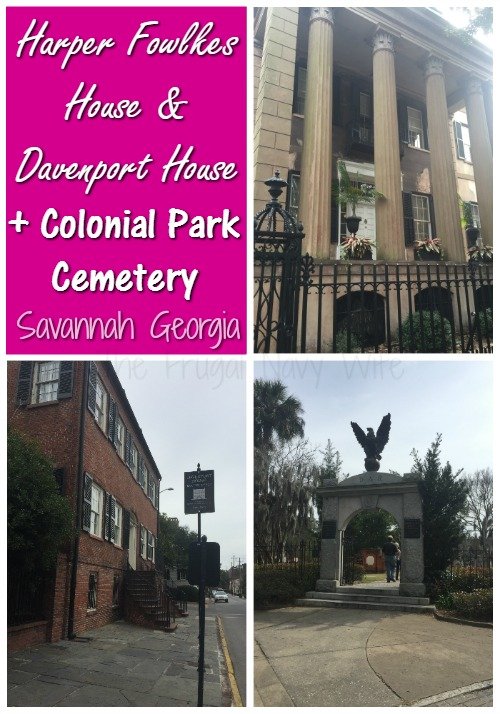 First, we went to to the Harper Fowlkes House. This is a Greek revival house. It was built in 1842; I wasn't able to get any inside pictures. 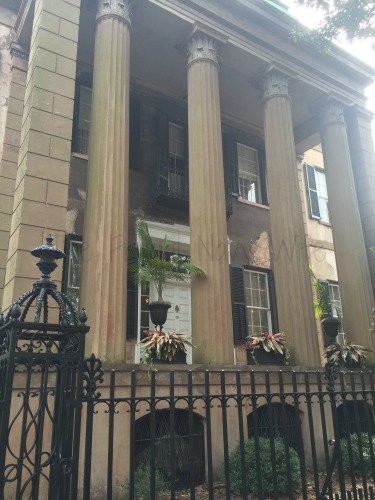 It changed hands a few times but was named after it's last owner, Alida Harper Fowlkes who bought it in 1939 for $9,000. Her mortgage papers were stamped with “WOMAN” across them. When Alida died in 1985, she willed the house to the Society of the Cincinnati in the state of Georgia. It was kept as a historical house from there.

You end the tour by going out via the gardens. It is absolutely beautiful with a water feature and the old carriage house behind the gardens. If you have the time this house and the story is worth the tour. 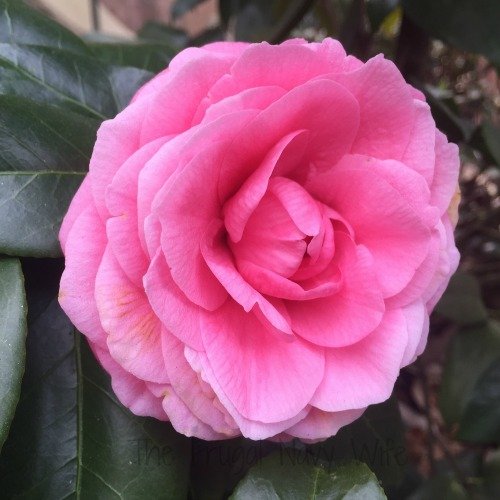 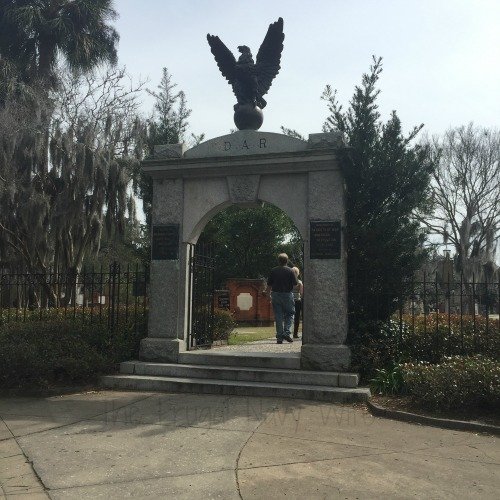 We parked by the cemetery since it was in between the two houses we wanted to visit. So we had to stop by and check it out. We were told on our Trolly Tour of Savannah that this cemetery opened in 1750 and is the resting place for some of the earliest people to call Savannah home. Over 700 of them died during the 1820 Yellow Fever epidemic.

Others died during Savannah's ‘dueling era' from 1740 to 1877. The trolley tour pointed out a park behind the cemetery and they would have their dual, and the loser would just be dumped over the cemetery fence.

The Cemetery closed before the Civil War, and there are no Civil War soldiers buried her, BUT the cemetery did play a huge part in the war. Union soldiers took over the cemetery and didn't pay respects to the ‘confederate' Damn Yankees 😉 They MOVED headstones so they could make camp in the cemetery. They didn't even bother to put them back, just left them along the back wall. 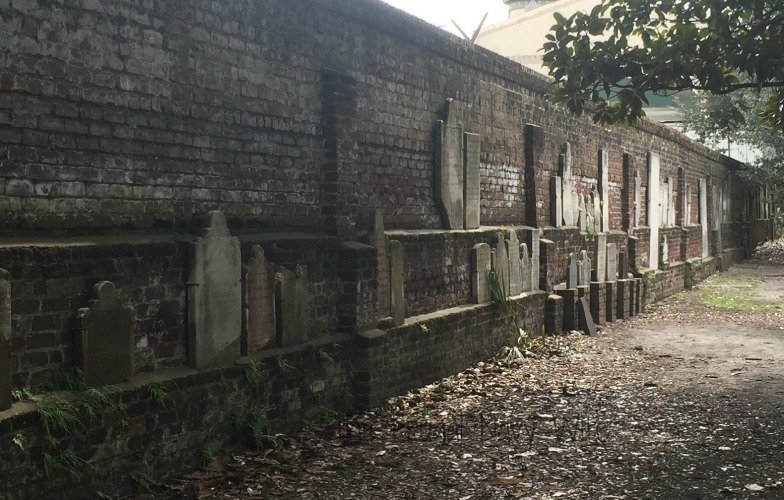 They also thought it would be fun to change dates on the tombstones to pass the times. We found this one that shows the person to have lived 421 years. 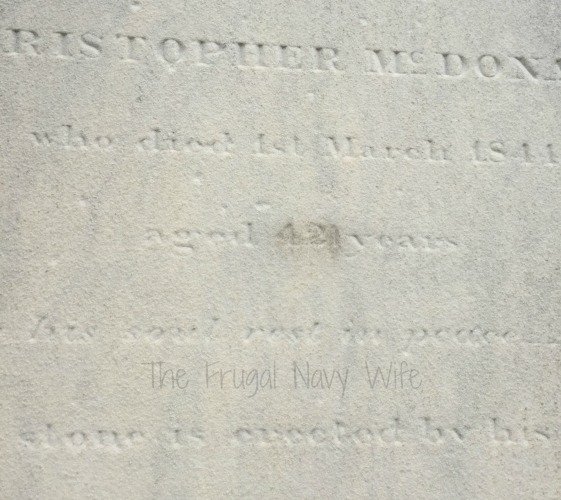 There are over 10,000 people buried here and only 600 headstones. You can see so many 'empty places' but I know there are people there with unmarked graves. 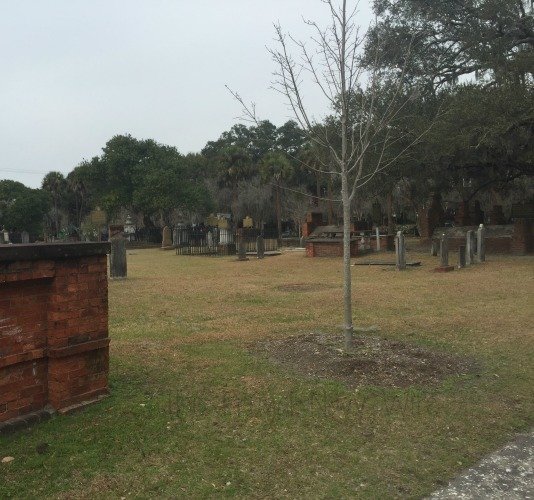 Of course with all this, their stories of ghosts all over the place. While reading up on the cemetery, I learned that the original cemetery extended past the walls now. A few buildings and a street were built over the graves. It makes you wonder at what point did the bodies of the dead become so disrespected? 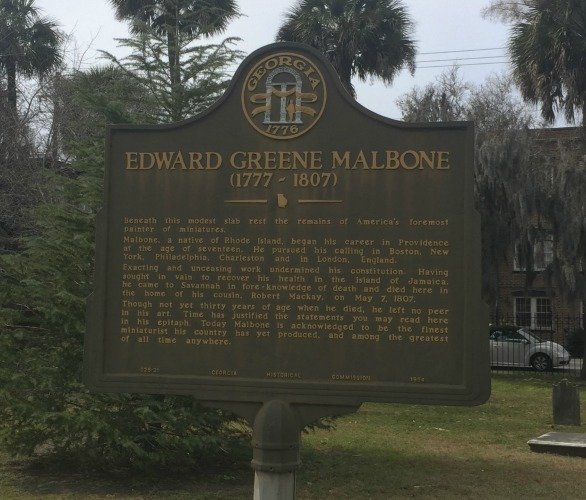 There are several notable people buried here including a founding father who signed the declaration of independence,

There are several notable people buried here including a founding father who signed the declaration of independence. I could spend hours walking around and reading what headstones I can, but I just didn't have the time. 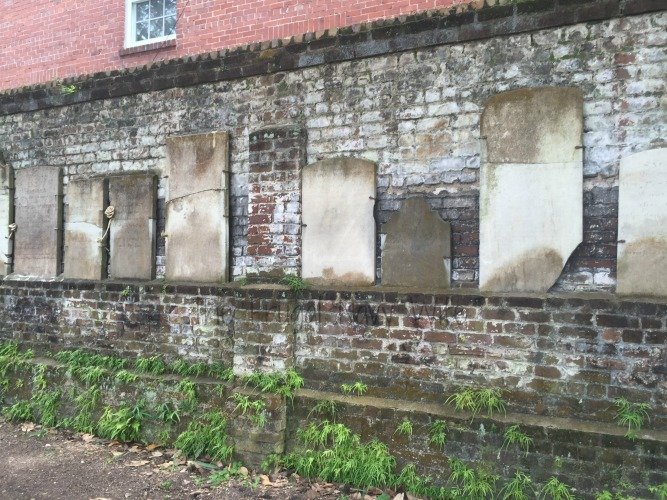 After the cemetery, we headed over to the Davenport House. 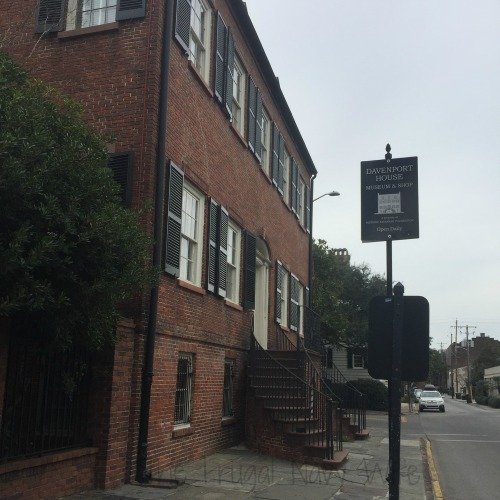 This house was built in 1820 by Isaiah Davenport. Back in the day they didn't have the internet to show a portfolio with so they architects like Davenport would build a house for themselves showing off what they could do. Then use it as a model home. 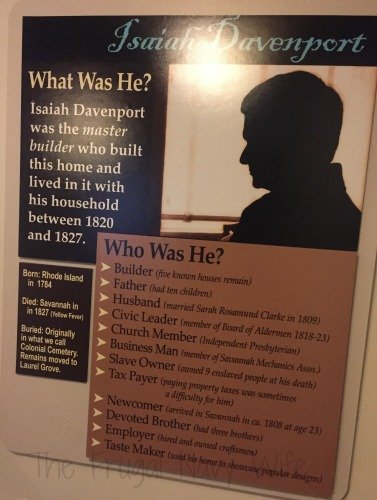 Fun fact when the house was sold in 1840, it was sold to the Baynard Family of South Carolina. We visited their Plantation ruins and mausoleum in Hilton Head South Carolina.

The house has some stunning details like the molding and the fireplace. The wallpaper in each room is a replica of the wallpaper found on the walls during the remodel. This room was the living area and also the dancing area. 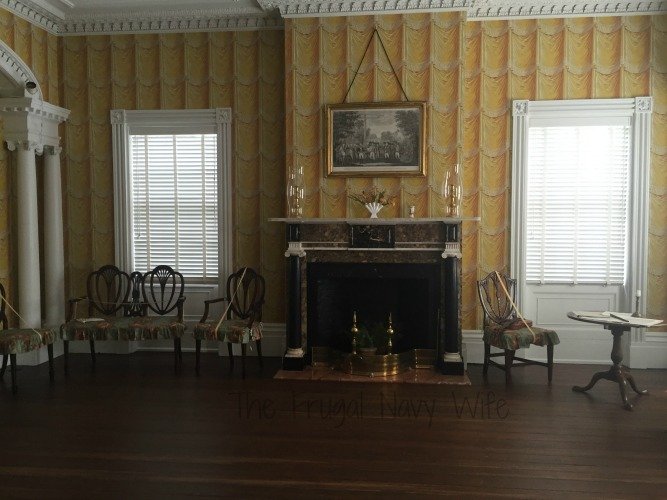 The master bedroom is done in blue we were told was a huge part of the house, those that were sick would rest here, the dead would die here and those coming to say goodbye would visit here. The children were born in this room and so much more.

Of the items on display was this old bible. 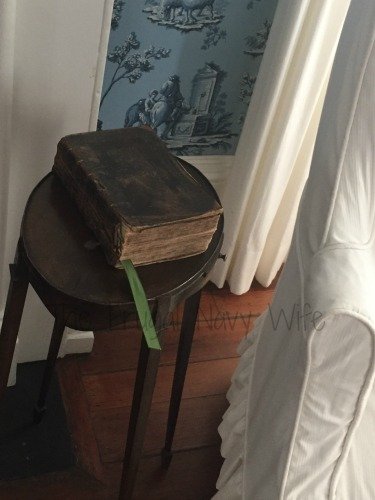 They also had a ‘closet' called a trunk room where trunks were stored, and clothing hung up. 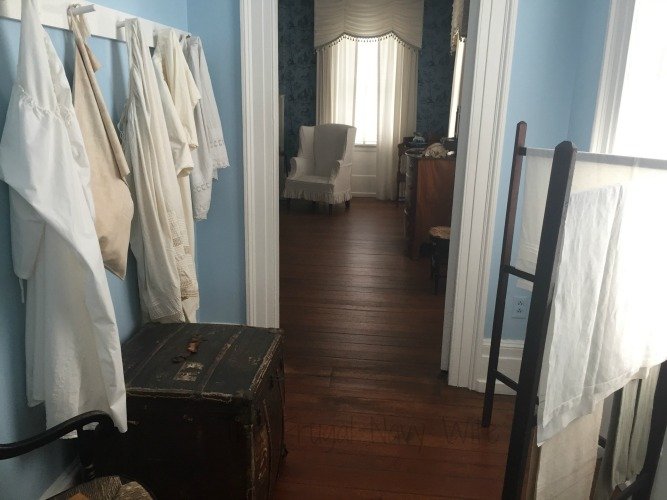 The Davenport house is right across the street from Columbia Square, one of the famous historic squares of the city. 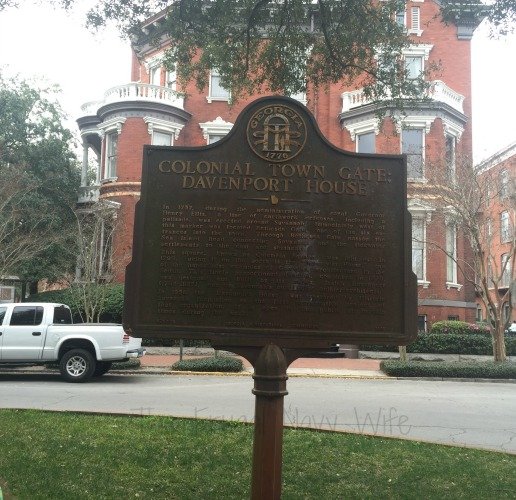