193 shares
This post may contain affiliate or referral links. Read more about this in our disclosure policy.

Visiting Disney World in Orlando Florida is always a magical & fun experience and if you are a frequent visitor like my family are, you know how much there is to see and how you truly never get to see or do it all. This has become one of our favorite things to do at Disney World.

What has become the most intriguing to me is that there are so many little tidbits and facts to learn about each park and hidden gems that are all over the place in them. 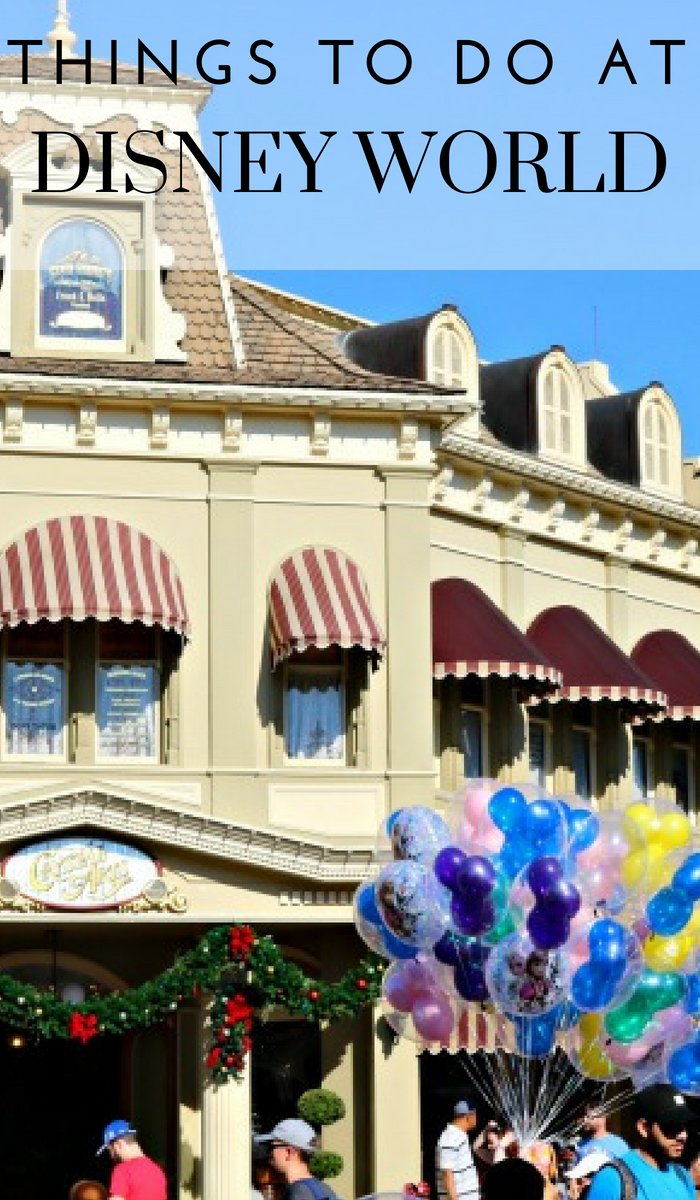 Things to do at Disney World – Discovering Hidden Gems

If you want to learn more about these, I suggest reading ‘The Hidden Magic of Walt Disney World’ by Susan Veness. It is chock full of fascinating information and it takes the fun to another level when you begin to learn some of these fun facts & see them for yourself.

Magic Kingdom is, of course, the classic and most famous of the four parks. It is loaded with these gems, and I am going to share my favorite ones with you so that when you go next time, you can check them out for yourself and share them with your family. 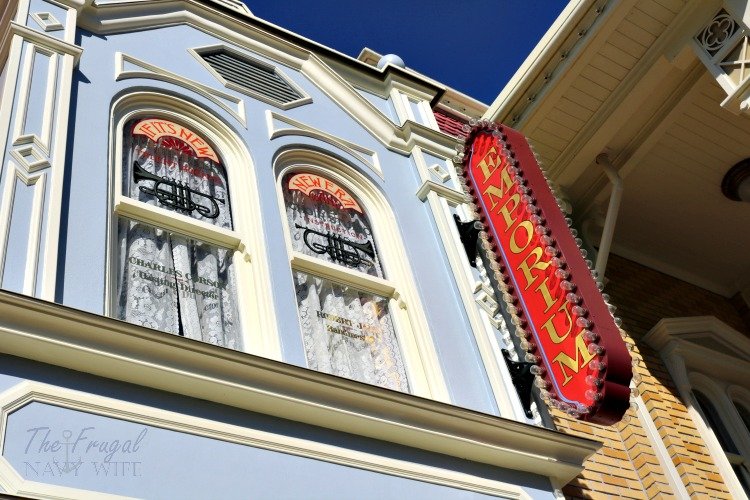 Walt Disney Imagineering is the creative team behind Walt Disney World and the workers and artists there who design all these little details are called “Imagineers”.

Many of them have worked there for decades and although they cannot literally sign their work, they leave little hints on much of it, like a number that would signify a date, or initials and things like that.

This brings an interesting connection to viewing things in the park that you would never have had before when you know some of the thought behind the ideas and designs. 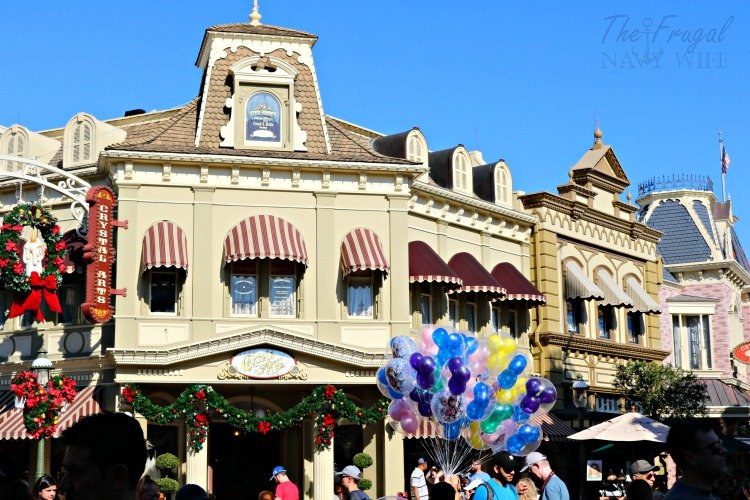 Magic Kingdom was intended to be like visiting a show, with the feel of hometown America, and then it leads you into the worlds around the main central part.

Related: 25 Free Things To Do in Orlando Fl

When you tour Main Street, USA, which is the first area you come to after entering the park, there are hidden hints all over the place to tell the story of how it came to be, and the people who helped design it. 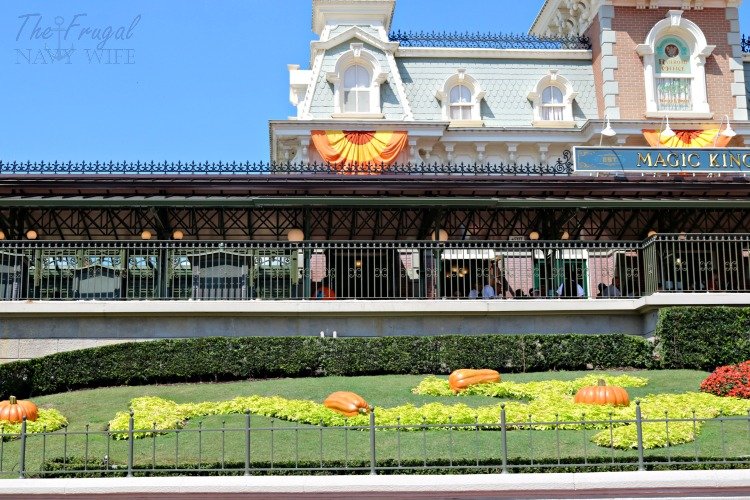 As you come in and go through the turnstiles, you see the train station up top, above the beautiful entrance, and if you get there at opening time, there is a fun welcoming show where the train comes in with tons of your favorite characters on it. As you view the station, you will see Walt’s name on the window in the center there, giving him top credit before you go in and enter the main area. He loved trains and there are tributes to this in many places here. His portrait is displayed inside the station as well.

As you come under the train tunnel on either side from there, to enter Main Street, there are posters on the walls that signify “Coming attractions” to give the feel of a show and get your excitement built up for what is about to come.

Related: Disney Bucket List: 25 Things to Do at Magic Kingdom

All the upper floor windows along Main Street have hints and credits on them. Roy Disney, Walt’s brother, is given credit on the Uptown Jeweler’s window, as the producer with his name and a quote, “If we can dream it, we can do it.” Then, from there it goes on to name and give credit to so many people who helped. It’s like a list of rolling credits at the show. Grab a book and see how many you can write down, this is one of the favorite things to do at Disney World.

When strolling down Main Street, make a note of the streetlamps as well. They gradually change in style, on purpose, to move you through time symbolically, which is something Disney is all about. Always paying tribute to the old and classic, but moving into the new and modern. When you are there watching the parade, try to take a few minutes to really look around you and grasp how much work is there in all of those buildings.

All the windows in the shops are purposefully placed lower so that children can see into them. Another great yet subtle trick is that the smell of freshly baked cookies follows you down the street.

Did you know that every day at 5 p.m. there is a flag ceremony in the center of Main Street? They choose veterans or people who were involved in 9/11 to take part in this and then they honor them by giving them a special pin afterward, along with the flag. This is just one of many awesome & very special things to do at Disney World and its a must not miss.

From Main Street, you can, of course, see Cinderella Castle and then from there all the surrounding areas in the park are around that. I highly recommend walking down and through the castle so that you can see it up close and also grasp how much work and planning went into it alone. When you are viewing the castle from Main Street it will appear much taller than it really is, because of a trick used called “forced perspective”, which gives presence to something and tricks the eye.

When you reach the statue of Walt & Mickey there before you get to the castle, turn around and check out how the ground slopes. It is on an upward slope to where you are standing, and it happens slowly so you may not even notice it. Fantasyland, which is behind the castle, is actually on the second floor, and underneath where you are, is another floor for workers that they call the “Utilidors.”

There was no ability to have a basement in Florida, so this was the alternative. Most of the park is on the second floor as well. Cast members use these to travel to the place they work, because of the tradition of each area having its own theme and look. You will never see a cast member in a costume from one area, in another one, as it would ruin the show. They were very careful in planning the transitions between lands too, to be sure anything that may show a bit from the back is covered well by something so that it is not as noticeable, or it is painted or designed to blend in.

Cinderella Castle has many little gems to know – a few of the best ones are: The three circled design of the fence creates a Mickey shape in the shadow it leaves, when you see it at the right time of the day, and the center rose on the fence was added after the fact because of repeated children putting their heads in it and getting them stuck!

There is an apartment at the top of the castle that was offered to Roy Disney, and now it is a stage member area where they can relax between shows.

If you look closely over the entrances to the castle, you will notice the Disney family coat of arms.

My favorite part of walking this area is the walkway under the castle where there is a wonderful mosaic that depicts the Cinderella story.

If you want to see inside the Royal Table without dining there, they do let you in to look around about 3 pm.

Directly behind the castle are a few great little shops in Fantasyland that are another must-do items on this list of things to do at Disney world. If you are the first to go into Tinkerbell’s Treasures, you can wake her up! Check out the first keyhole in the drawer next to the door in the shop if you’d like to see the little pixie.

You can see Excalibur beside the carousel, as it is stuck into the anvil, and try your strength to pull it out.

Another neat gem in this area is to find Cinderella’s horse on the carousel. It is the second one in, with a golden ribbon on its tail.

Mickey’s Philharmagic show has another one of those scent tricks like there was on Main Street, as you will smell not only jasmine during the show but apple pie.

Related: Top 10 Places & Tips to Meeting Disney Characters That Are Hard to Find

Another area nearby is Liberty Square which has lots of fun hidden gems, like the numbers on the doors. They represent the year the style of the building they are on was popular. Just add an 18 to any one of them.  The Hall of Presidents has the date over the door representing the year the US Constitution was ratified.

On the one with the number 26, you will see two lanterns, representing the ones hung in the Boston Church to warn Paul Revere of the British soldiers’ arrival. The rifle in another window represents how the townsfolk would place one there during the Revolutionary War to show that they were home and ready to battle if needed. 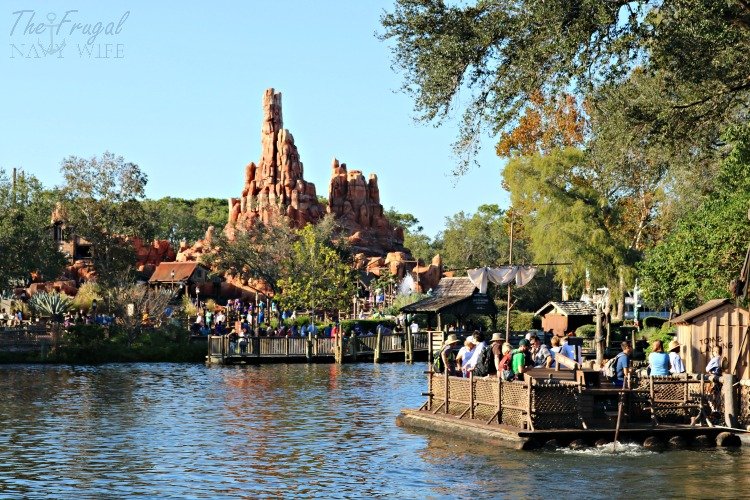 Tom Sawyer Island in Frontierland is a great little gem that many times goes unnoticed. You must take the boat to get out to it that is located near the bridge on the way to Thunder Mountain Railroad. If you arrive on the island and find the paintbrush left behind by Sawyer, you are rewarded with a fast pass for your ride of choice. It is a great spot to cool off and to get away from the crowds. You can even sit and have a match of checkers in the rocking chairs or watch the Liberty Island Ferry go by. 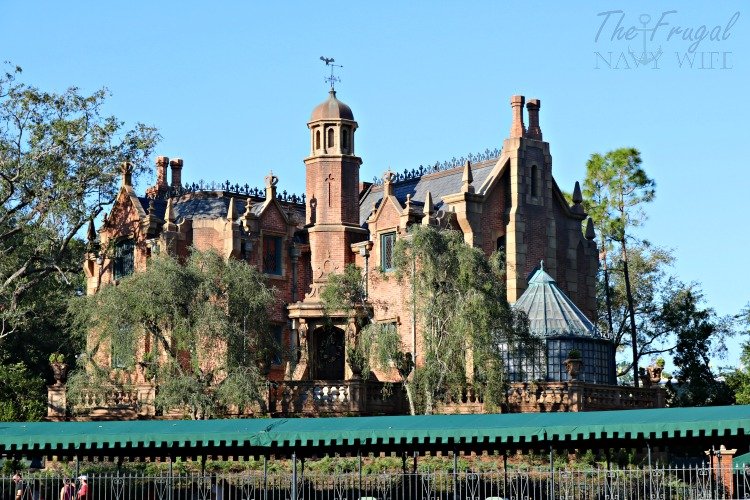 A few other fun gems from around the park – 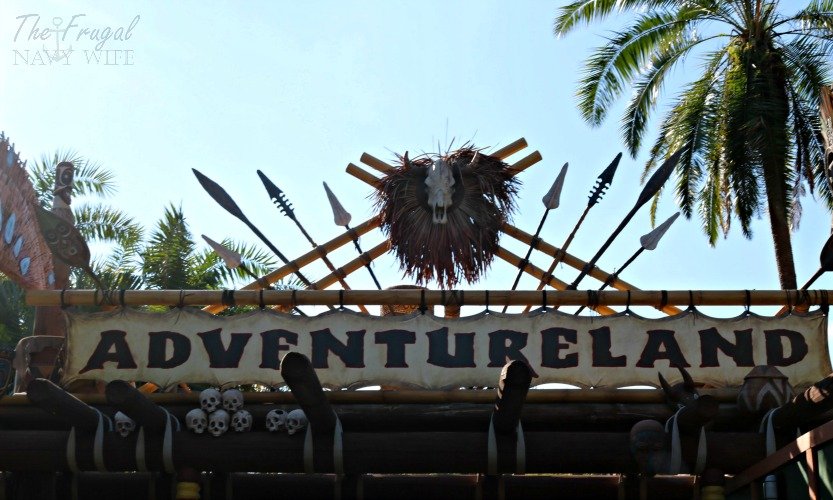 In Adventureland, ride the Jungle Cruise for some fun humor and a nice break. Notice the names of the missing boats when you wait in line – names like “Ilene Dover” will give you an idea of the sense of humor happening here.

Try to visit Disney during a slower time of the year if you can, like early January or mid-November, and you will have more time and fewer people to deal with and be able to really take in some of these things. Get yourself the book, or do a little research online before you go – you will be amazed at how many little details and creative things have been put into these parks.

Make sure to pick up your copy of ‘The Hidden Magic of Walt Disney World’ by Susan Veness before your next trip!