9 shares
This post may contain affiliate or referral links. Read more about this in our disclosure policy.

My son had been begging to visit the Mighty 8th Air Force Museum in Savannah Georgia. My son wanted to see it due to being able to see the plane from the highway and we had passed to several times, so we stopped. I will warn you some of these pictures, while not gruesome, might be hard to explain to younger kids. 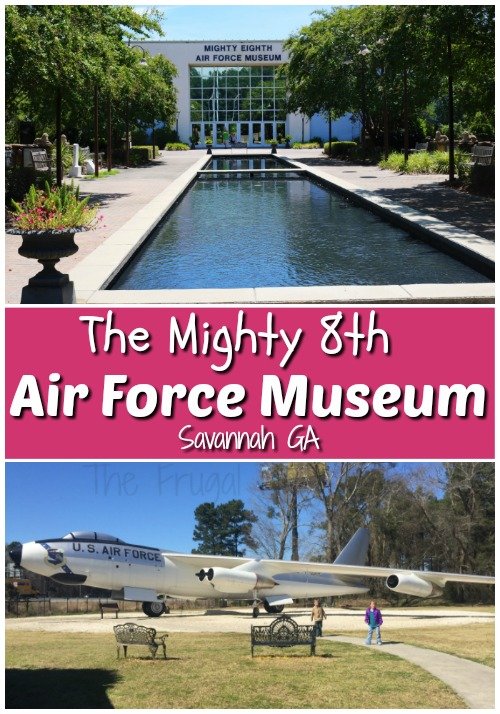 Once again, I will warn you some of these pictures, while not gruesome, might be hard to explain to younger kids OR be a trigger warning.

This is another attraction we had a Groupon Deal on and got to see at a discount. This is one of my favorite ways to save money on attractions on the road. You can read about more ways we save on the road as well.

You cna also get discount tickets in the Savannah Tour Pass.

This place has such great history and because of all the events they have been in it was a little over mid kids heads. I was able to give them enough info to answer a question without going into some of the more gory aspects of WWII, and I even learned quite a bit myself!

When we arrived, we notice in the parking lot they have several planes.

The first part of the museum explains how WWII started. I talked with my kids and gave a pretty edited version of Hitler and what he did that led to WWII. 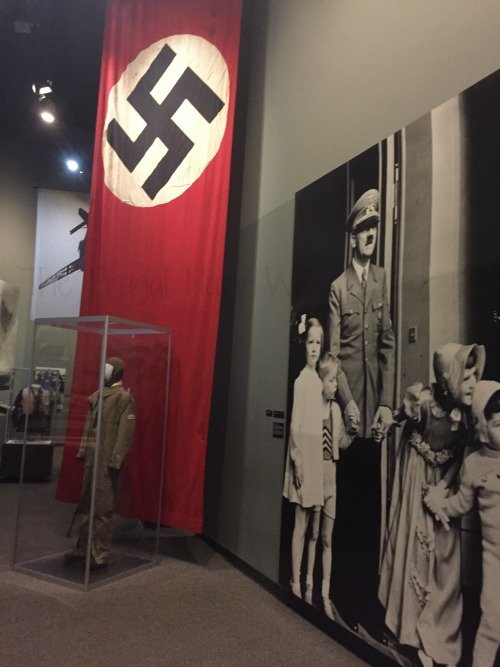 Then we talked about how Germany started the war and the advantage of allies. They had so much information to read we gave the kids the condensed version and let them look at all the items. 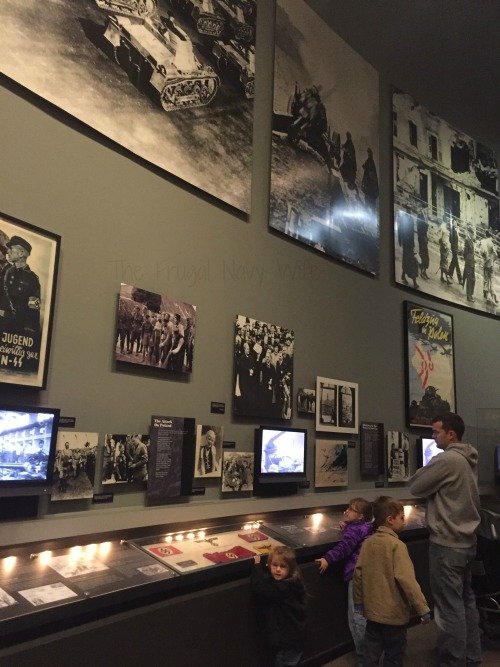 I loved that they had a map to explain who was on what side. I was also thinking of when I heard the term ‘western front' of the TV show Hogans Heros, and I so want to get it for my kids to watch!

This picture took my breath away as a mom. I KNEW how bad it was but seeing this picture hit home in a way that I just can't explain. 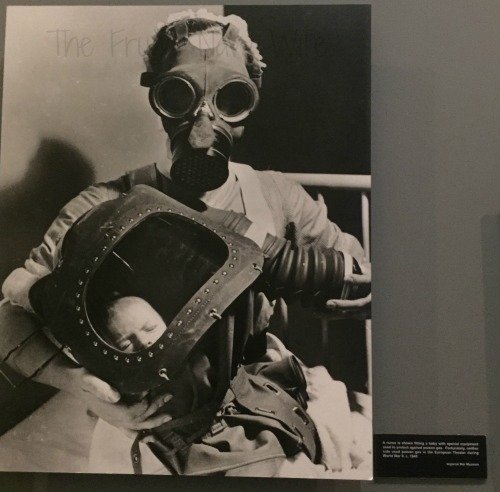 This part of the plane came off the tail when the plane went down. 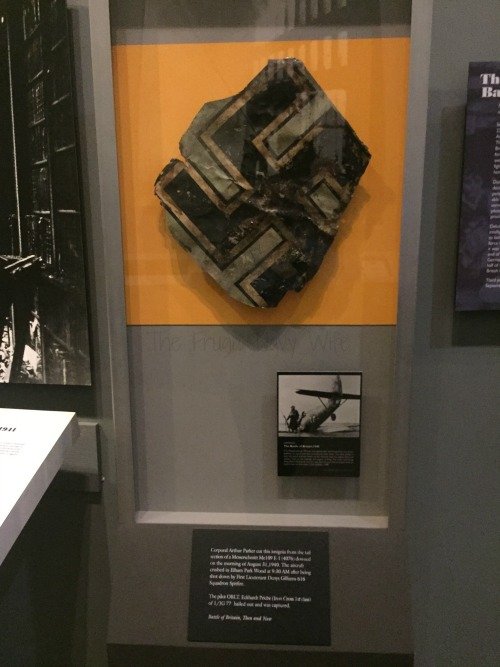 War back then was so different, people went on with their daily lives, with destruction all around them. Today people would be freaking out! 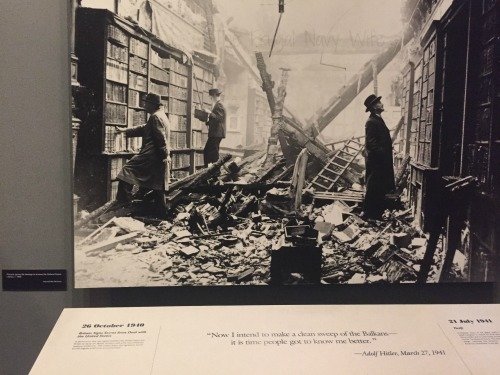 As you move on to the next room, they had several movies as well set up in the bunker. 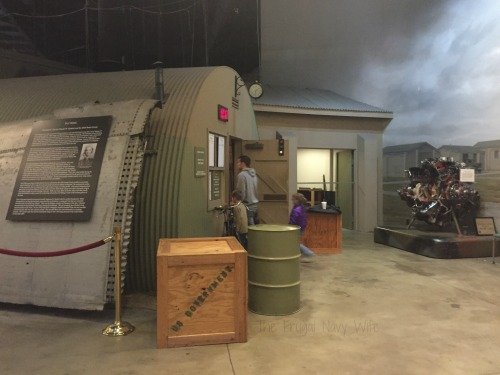 They had this diorama of the landing field and as you read the signs you could push a button the area you are reading about lights up. As you walked past the diorama, you walk into a huge room with a huge plane in it. 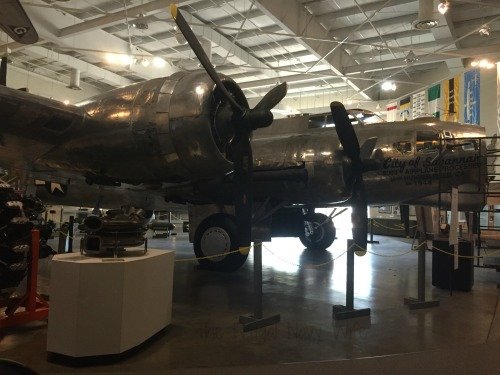 They also had a few planes hanging from the ceiling! 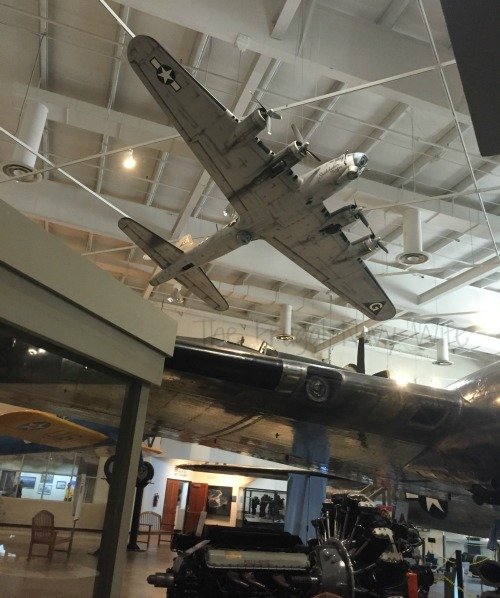 Then we headed out to the memorial gardens. Even in February (when we visited) the grounds are just beautiful and come spring and summer when everything is in bloom it must be spectacular. 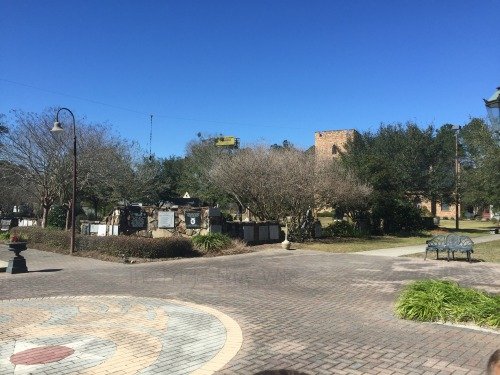 The brick building on the back there is a chapel on the grounds. They had so many memorials, and this one caught my eye because my grandfather also served in the Korean War. 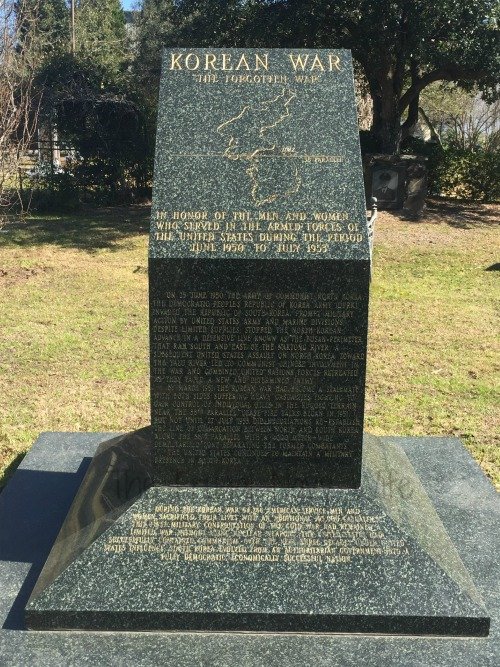 Then we came up on the main event, in my son's eyes anyway. The plane you can see from the highway. 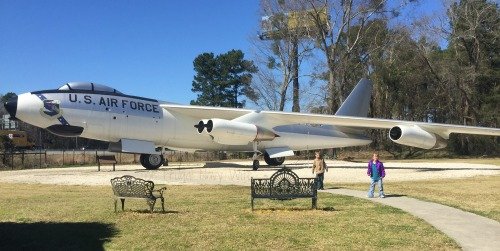 They ran around it for a few minutes while mommy enjoyed the sun on the bench! Then on we went. They had several walls with these plaques all over them. 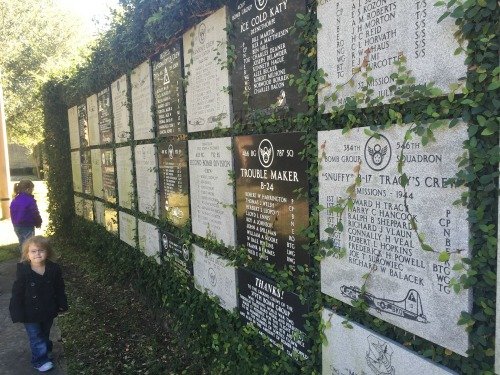 Then we headed back inside and explored the ‘safe house.' 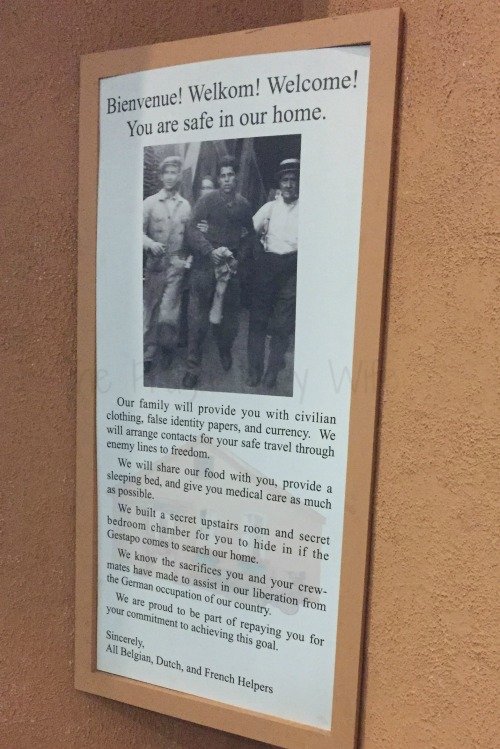 They did a great job making a replica of one of the safe houses, to give a great hands-on experience. 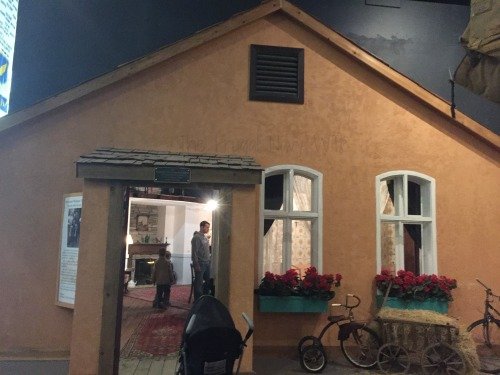 Inside they had lots of signs explaining people they saved and how. 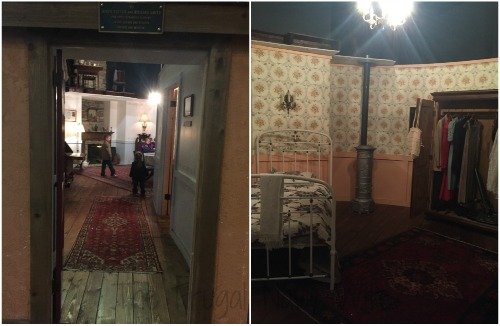 Then they had a replica of one of the POW camps. (Prisoner of War). Again made me want to have my kids watch Hogans Heros. I remember watching it with my dad and while much of that show is made up it helped me understand WWII a bit more. 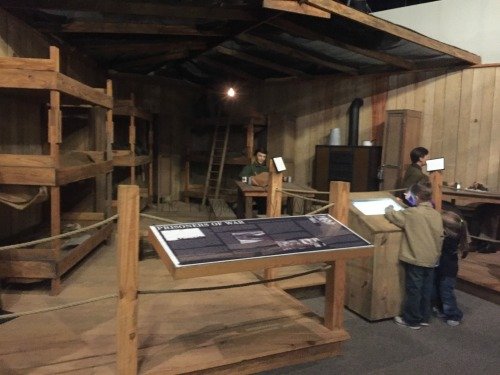 There is a whole wall dedicated to the Medal of Honor recipients from World War II. 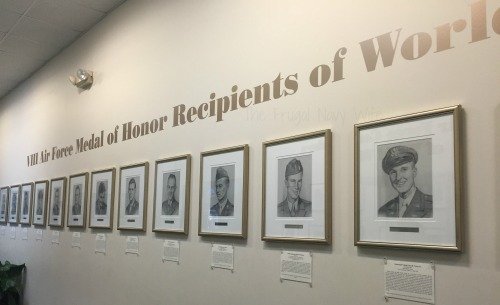 They even had a real letter that accompanies the Medal of Honor signed by FDR. 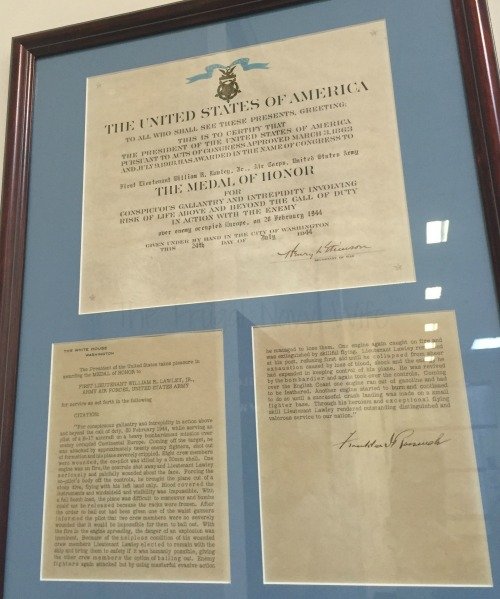 After the Medal of Honor wall, you come to the exhibit of the Tuskegee Airmen. Excuse my kids in the corner who I swear purposefully try to find their way into every picture! 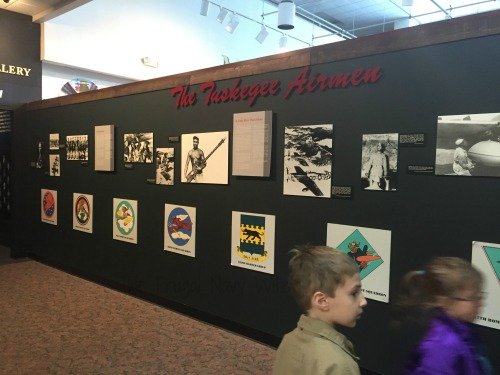 The last exhibit on the way out really caught my attention. Fly Girls of WWII. 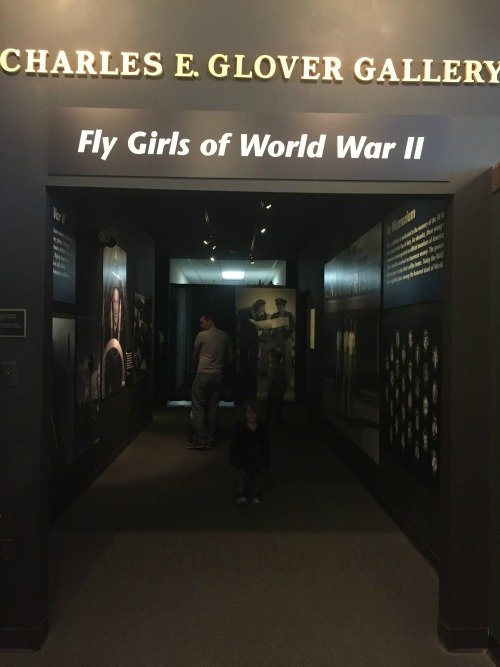 Who were the fly girls?

WASPs were not recognized by the by the government so at the end of the war they were forced back into civilian life.

But don't worry the WASPs wrong was righted and they have now been considered veterans. 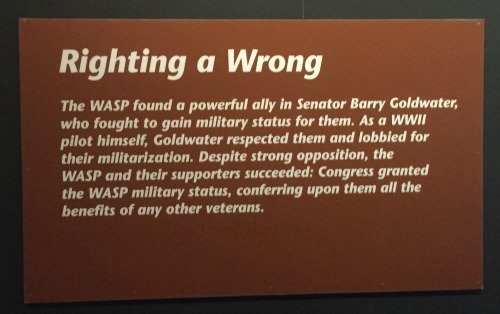 Since then there have been many famous female pilots, like astronauts. These are some more Famous Firsts. 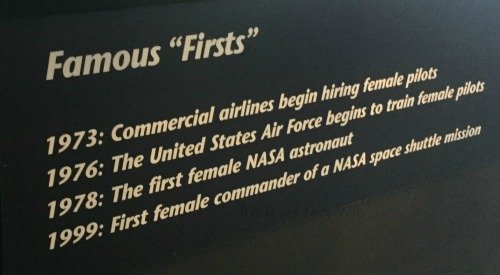