16 shares
This post may contain affiliate or referral links. Read more about this in our disclosure policy.

We visited the Fort Frederica National Monument when we visited Savannah Georgia in March. It is about an hours drive south in St Simons Island GA, and the kids were excited to get their 2nd Junior Ranger Badge. This trip is worth the drive as this fort was built in the 1700's! 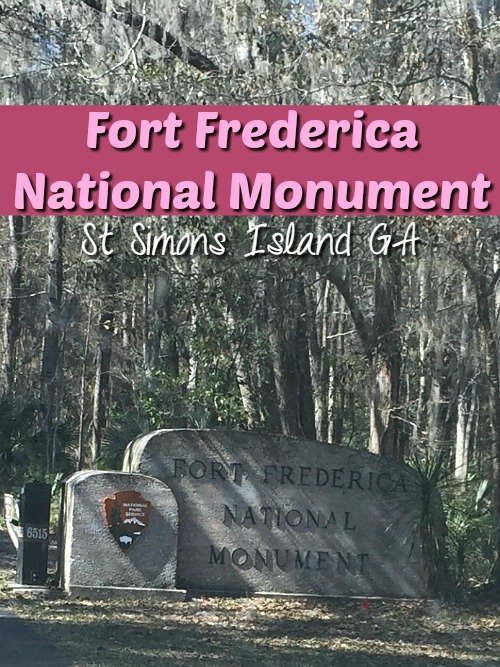 Make sure your kids do the Jr Ranger Program here! They can get all into it and dress up and carry around messengers bag and everything!

While this is now a ‘ghost town' as the visitors center refers to it as. It used to be home to 1,000 settlers and was completely self-contained. While farms were outside the fort walls, inside they had anything you might need. From taverns to homes and even an Indian Interpreter. 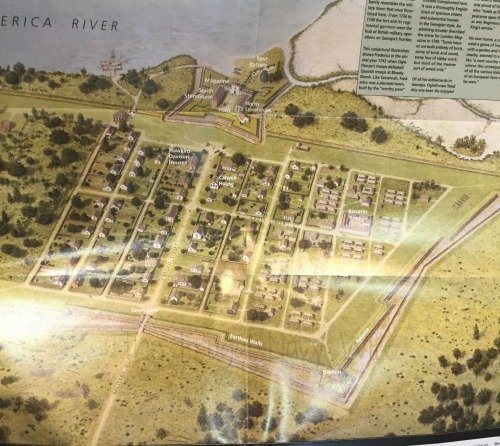 The first British settlers landed here February 18, 1736, 280 years ago! This fort was built to protect Georgia from the Spanish in Florida. The town decline happened in 1748 and not too long after that, it was abandoned. 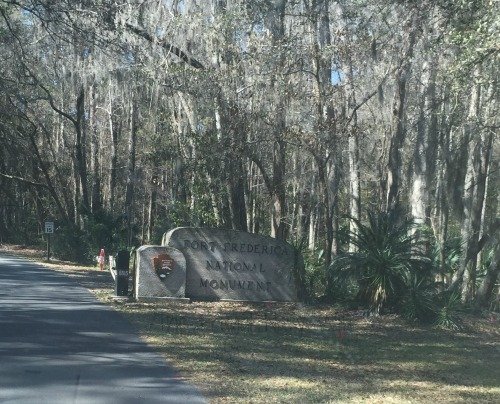 There are very few buildings still standing today, with the old oak trees that line the old roads it's beautiful!! 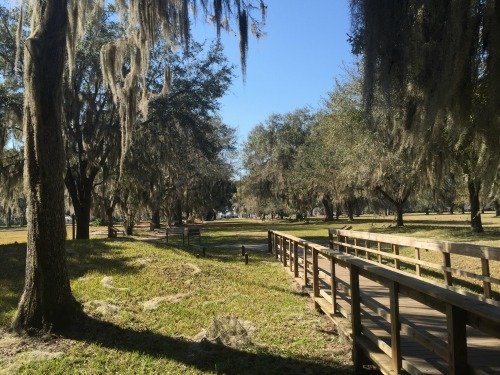 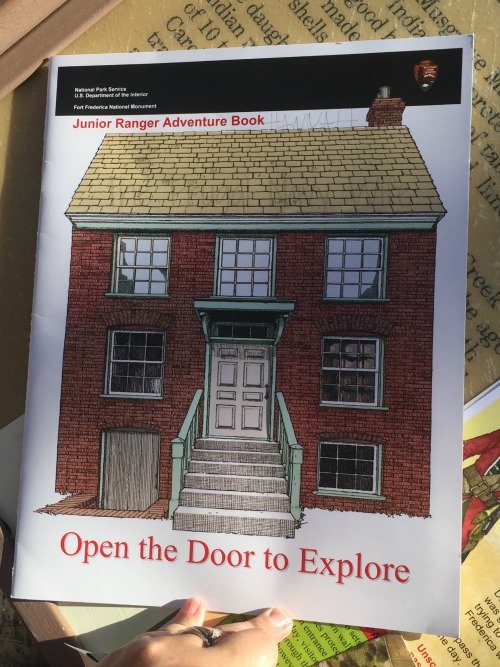 The first stop is the town wall. Here we found out you had to have a password to get in and out of the fort gates and it changed on a regular basis! There are a few building bases there were found like the one at Mary Musgrove's house, she was the Indian  Interpreter. Many of the building have this box next to it showing artifacts that were found on this site. 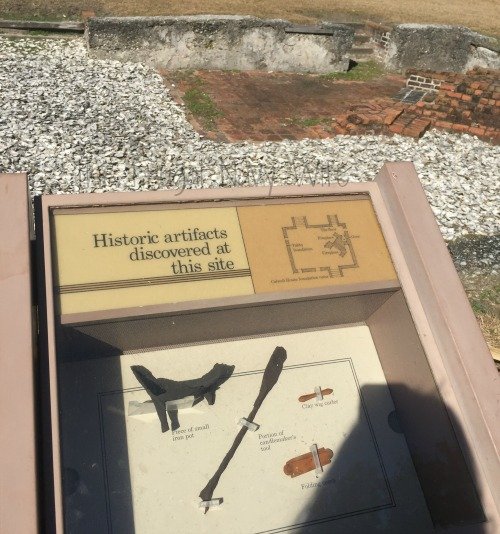 We learned about the 3 types of houses that would have been found in Fort Frederica and did an activity on them. They were the palmetto cut for when you first arrive, the poor man's wooden house and rich man's brick house. 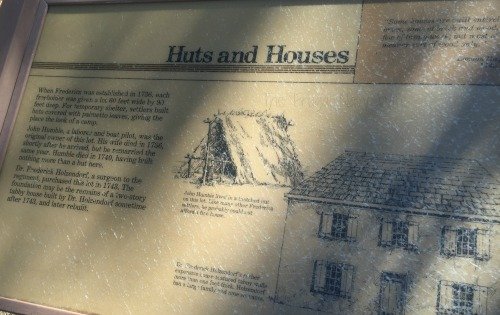 Next my little Jr Rangers headed up to check out the fort. We learned ships at that time didn't stand a chance against the fort. The fort's cannons can fire for up to a mile away from where a ship could only fire from its side so it had to take on a mile of cannon fire before it could get off just one shot, then it had to take on another mile of gunfire as it retreated. 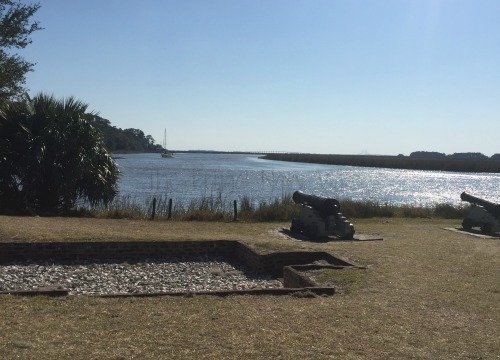 All that is left of the fort are two rooms. A few hundred years ago there was much more to the fort! 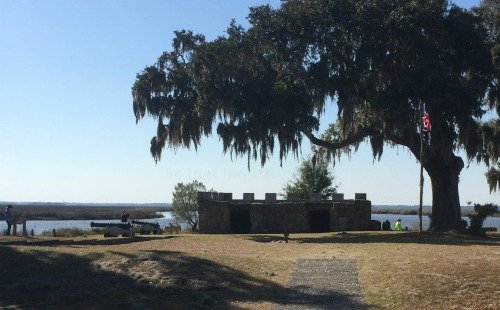 Then we made the circle over to the north side to visit the barracks one of the only other standing structure. 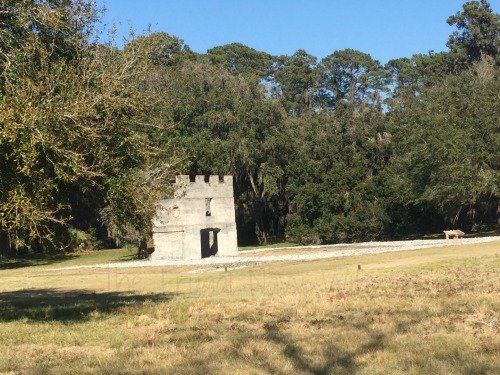 There were a few items found here too, and they even have a layout of how it would have been set up. It would have been in a square with an open courtyard. It as also used as a hospital and jail. 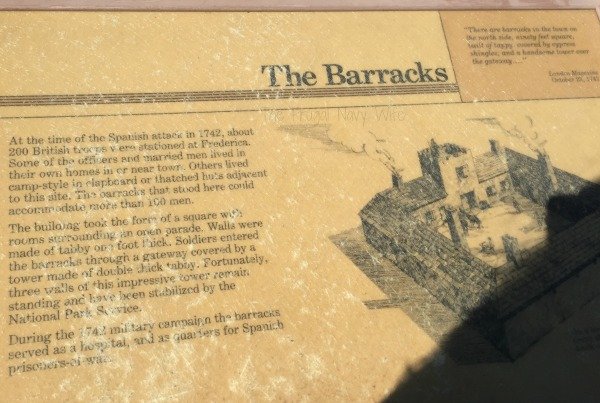 I have to share this picture of my baby girl that I grabbed. The grounds are beautiful and perfect for pictures! 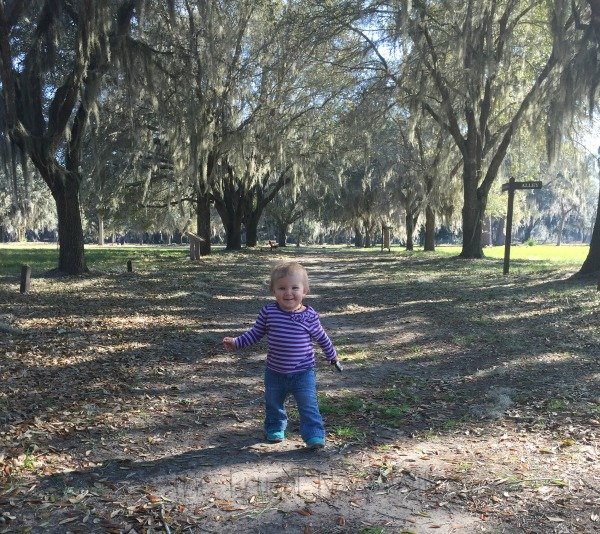 Have you visited the Fort Frederica National Monument in St Simons Island GA? I'd love to hear about your trip!